Elizabeth Gilbert Shares Her Secret to Happiness with the Man Who Put 'Love' in 'Eat, Pray, Love'

Bestselling author Elizabeth Gilbert says marrying when you're "long in the tooth" is the first step!

Ask author Elizabeth Gilbert about the souvenirs she’s saved from the epic soul-searching journey through Italy, India and Bali that spawned her hit 2006 memoir Eat, Pray, Love and she laughs that kind of laugh that says, “Well, duh.”

“The husband was my favorite souvenir of that trip,” Gilbert, 46, says in an interview for the new issue of PEOPLE. “Inner peace was also a really nice relic of that.”

(She also kept the Army-green silk cargo pants and elastic-waist skirt she wore on her yearlong travels – “They hang in the back of my closet like the way another woman would have her wedding dress hanging,” – but that’s beside the point.)

It was José Nunes, 63, a Brazilian-born importer, who gave Gilbert’s blockbuster book its happy ending when they met in Bali near the end of the journey that began with the unraveling of her first marriage. Gilbert, whose new book, Big Magic, is out this month in the self-help section, married Nunes in 2007.

Life with him ever since has been bliss, Gilbert says. Their secret?

“There’s a direct line from age-at-marriage to contentment,” she says. “You almost can’t wait too long. We were pretty long in the tooth when we found each other and we had lived out a lot of our stupidity already.”

“I’m just so grateful to be living with someone who wants to be nice to me every day.” And being nice, she explains, can be as simple as putting the phone down when he comes home.

“It’s the accumulation of tiny gestures of attention and affection, which means that when he walks in the room, I put the damn phone face down and get off Twitter and stand up and welcome him and just give him a hug.”

“I don’t want our marriage to be two people sitting in a room with the blue light of screens reflected up on our faces all the time,” she adds.

“We’ve settled into something that’s very nourishing and very sweet. And I’m not sure it’s because we find each other fascinating so much as because we continue to show up and show interest in each other.”

For more of PEOPLE’s interview with Gilbert, pick up this week’s issue, on newsstands Friday 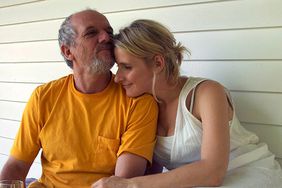 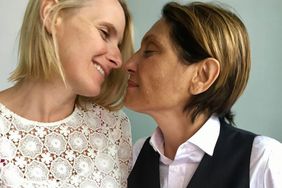 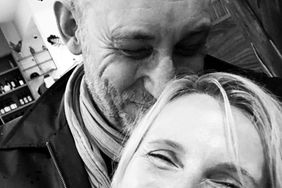