J.R.R. Tolkien's Son and Literary Executor Christopher Dies at the Age of 95

Christopher Tolkien published many of his father's posthumous works, including The History of Middle-earth series

Christopher Tolkien, the son of J.R.R. Tolkien and the famed author’s literary executor, has died at the age of 95.

His death was announced in a statement from The Tolkien Society, which sent condolences to his family members, including wife Baillie and children Simon, Adam, and Rachel.

“Christopher’s commitment to his father’s works have seen dozens of publications released, and his own work as an academic in Oxford demonstrates his ability and skill as a scholar … We have lost a titan and he will be sorely missed,” Tolkien Society chair Shaun Gunner said in a statement.

Christopher was largely responsible for helping his father’s legacy live on after his death in 1973, as he edited and published many of his works, including The Silmarillion, which was released in 1977.

He was born to J.R.R. and his wife Edith in Leeds, England, in 1924, and had two older brothers, John and Michael, and a younger sister, Priscilla.

Christopher spent his childhood in Oxford and went on to serve in the Royal Air Force, where he was stationed in South Africa during World War II, according to the Society’s statement.

He later became a lecturer at the University of Oxford, teaching Old and Middle English and Old Icelandic at the prestigious school, the statement said.

Following his father’s death, Christopher stepped in to ensure that many of his incomplete works would see the light of day, and posthumously published stories including the 12-volume The History of Middle-earth series and, most recently, The Fall of Gondolin in 2018.

“It’s enormously to my father’s credit that he took on that huge task,” Christopher’s son Simon told the Guardian in 2012 of sifting through the unpublished words. “I remember the crate loads of papers arriving at his home, and no one could be in any doubt at the scale of the work he had taken on.”

Christopher was fiercely protective of J.R.R.’s legacy, and was famously critical of how both his father and his stories were portrayed, most recently in April upon the release of the film Tolkien, which starred Nicholas Hoult as the author.

Lord of the Rings Author J.R.R. Tolkien’s $6 Million Home for Sale in England — See Inside!

He also took issue with Peter Jackson’s critically acclaimed Lord of the Rings adaptation, telling French newspaper Le Monde in 2012 that the book had been “gutted” to make “an action film for 15 to 25-year-olds.”

In the same interview, Christopher said he was frustrated with the development of his father’s legacy, and that the relentless commercialization of his works “has reduced the aesthetic and philosophical impact of the creating to nothing.”

“Tolkien has become a monster, devoured by his own popularity and absorbed the absurdity of our time,” he told Le Monde, as translated by the Guardian.

Christopher — who drew many of the original Middle Earth maps for the Lord of the Rings series — received a Bodley Medal from the University of Oxford’s Bodleian Libraries in 2016, which goes to “individuals who have made outstanding contributions… [to] literature, culture, science and communication,” according to the library.

He had reportedly lived with his wife in France since 1975. 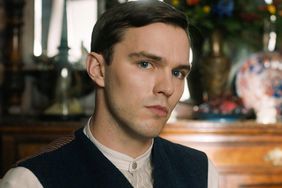 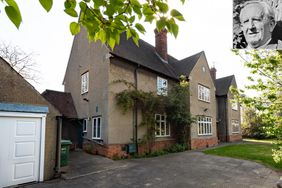 'Lord of the Rings' Author J.R.R. Tolkien's $6 Million Home for Sale in England - See Inside! 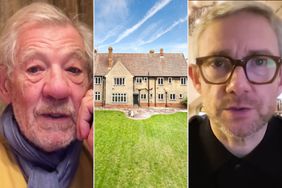