Scholastic has pulled a spin-off book to the popular Captain Underpants series after recognizing that the book "perpetuates passive racism."

In a recent statement released by the publishing company, Scholastic shared that with the "full support" of author Dav Pilkey, distribution of the 2010 book The Adventures of Ook and Gluk has been halted as of March 22.

"Together, we recognize that this book perpetuates passive racism. We are deeply sorry for this serious mistake," the statement read.

Scholastic noted that the company has "removed the book from our websites, stopped fulfillment of any orders (domestically or abroad), contacted our retail partners to explain why this book is no longer available, and sought a return of all inventory."

The publishing giant also said it would inform schools and libraries with the book still in circulation of the recent decision to halt its distribution.

"Throughout our 100 year history, we have learned that trust must be won every day by total vigilance. It is our duty and privilege to publish books with powerful and positive representations of our diverse society, and we will continue to strengthen our review processes as we seek to support all young readers," the statement concluded.

Pilkey also issued an apology about the book with a note on YouTube, explaining that the title was "intended to showcase diversity, equality, and non-violent conflict resolution."

The author said that it was recently brought to his attention that his book, which follows two time-traveling cavemen who learn train to learn kung fu, contains "harmful racial stereotypes and passively racist imagery."

"I wanted to take this opportunity to publicly apologize for this. It was and is wrong and harmful to my Asian readers, friends, and family, and to all Asian people," he wrote, also explaining Scholastic's decision to pull the book.

Dr. Seuss' Stepdaughter Says Pulling Books Is a 'Wise Decision' — But Insists the Author Was Not Racist

"I hope that you, my readers, will forgive me, and learn from my mistake that even unintentional and passive stereotypes and racism are harmful to everyone. I apologize, and I pledge to do better," he added.

Pilkey also said that he will be donating "all of my advance and royalties" from the book sales to "charities that provide free books, art supplies, and theater for children in underserved communities; organizations that promote diversity in children's books and publishing; and organizations designed to stop violence and hatred against Asians."

These non-profits include We Need Diverse Books, The AAPI and TheaterWorks USA.

Scholastic's decision to pull the book comes just a few weeks after Dr. Seuss Enterprises announced that six of the famed author's books will stop being published due to racist and insensitive imagery.

On March 2, the late author's birthday and "Read Across America Day," Dr. Seuss Enterprises told the Associated Press that titles including And to Think That I Saw It on Mulberry Street and If I Ran the Zoo will no longer go into distribution.

"These books portray people in ways that are hurtful and wrong," Dr. Seuss Enterprises, the company committed to preserving the work of Theodor Seuss Geisel, whose pen name is Dr. Seuss, told the outlet at the time.

Other affected titles include McElligot's Pool, On Beyond Zebra!, Scrambled Eggs Super! and The Cat's Quizzer.

The decision to halt publication of the books was made last year after months of deliberation, Dr. Seuss Enterprises said. 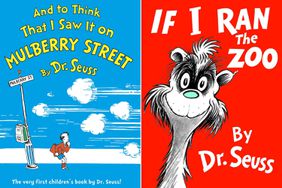 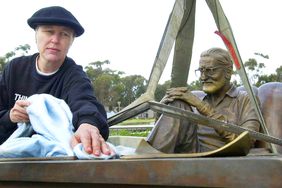 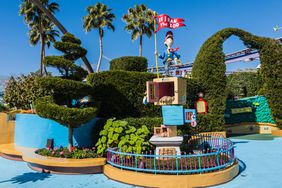 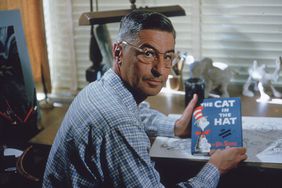 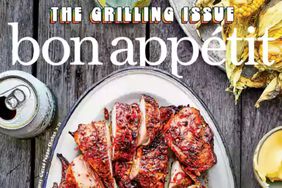