Oprah Winfrey, Roxane Gay and other notable figures are joining in on the social media campaign started by Amistad Press encouraging readers to buy two books by black authors during the week of June 13 — June 20

People are not only taking to the streets in support of Black Lives Matter, they're taking books off shelves to lift up black voices.

On June 14, Amistad Press announced a social media campaign with the hashtags #BlackoutBestsellerList and #BlackPublishingPower to encourage readers to buy two books by black authors during the week of June 13 — June 20. The goal is to dominate bestseller lists with books by black writers — and influential figures like Oprah Winfrey are showing their support.

"To demonstrate our power and clout in the publishing industry, Saturday June 13 – Saturday June 20, we encourage you to purchase any two books by Black writers," the publisher tweeted on June 14. "Our goal is to Blackout bestseller lists with Black voices. #BlackoutBestsellerlist #Blackpublishingpower."

"In championing this book, I also champion all Black authors during the #BlackoutBestSellerList challenge," Winfrey tweeted on Tuesday. "Readers are being called this week to buy two books by a Black writer to lift their voice. And this one is a great choice!"

"In a moment where our country roils with righteous anger and grief, Deacon King Kong reminds us that when we come together as a community in compassion and empathy, love triumphs," she said on Tuesday's CBS This Morning.

For Tracy Sherrod, editorial director of Amistad — a publisher that formed in 1967 and is dedicated to multicultural voices — the campaign's main focus is to demonstrate the buying power of consumers interested in black voices.

"I think that we still have to prove to the publishing industry that we — black book consumers — are a large and vibrant market and that we’re interested in books," she told Publisher's Weekly. "It still seems like we have to prove this."

"The campaign may work, or it may not work" Sherrod continued, when explaining her goal to "blackout" bestseller lists. "But it should still raise the profiles of a lot of talented black writers and show that black literature is a growing market. And it will show off the contributions of black people in the book publishing industry."

Here are 10 book suggestions from PEOPLE editors to show your support for black authors during the #BlackoutBestsellerList campaign and beyond.

"Sportcoat" Lambkin, a beloved, often drunk deacon and baseball coach, surprises his Brooklyn housing-project pals by shooting his former pitcher. That mystery turns into a rollicking, bittersweet tale of dealers, mobsters, church ladies, mistaken identities and a ghost. Buckle up.

The Vanishing Half by Brit Bennett

Black twins Stella and Desiree are close; then Stella passes for white at work and disappears. Years later Desiree’s daughter moves to L.A. — where the aunt she doesn’t know exists has raised her cousin believing she is white. If you love Toni Morrison, this one’s for you.

Among the reasons the former First Lady's memoir became 2018's bestselling book: She's lived a life like no other, yet she knows how to make you relate.

The WaterDancer by Ta-Nehisi Coates

In his monumental first novel, Coates takes us to the South in the mid-1800s, where Hiram Walker is both the master's son and a slave. Motherless, Hi finds love and family in fellow slaves Sophia and Thena. But after an accident nearly takes his life, he discovers something just as powerful: purpose in the Underground Railroad and the magic and freedom of memory.

Song of Solomon by Toni Morrison

"We are born already," says novelist Toni Morrison, "and we are going to die. You really have to do something you respect in between."

What she has done is write Song of Solomon, a lyrical tribute to four generations in a black family. The principal character, Macon Dead Jr., known as Milkman, is inspired by the example of his great-grandfather, Solomon, who escaped from slavery in Virginia. It is a feat which author Morrison compares to the freedom of a bird in flight. — from a PEOPLE article about the author in 1977, the year of the book's release

The Dragons, The Giant, The Women by Wayétu Moore

Moore opens her deft memoir with the war in Liberia as she saw it at 5: The evil rulers were dragons, her father was the giant—and her mother was far away in the U.S. Would she see her again? The answer spins out through riveting chapters in both countries.

Americanah is a stunning work of fiction that follows two Nigerians, Ifemelu and Obinze, as they depart their home country for the United States and United Kingdom, where they learn what it means to be black in a mostly white society. A moving, funny love story that tackles race, immigration and identity in the 21st century. Danai Gurira is adapting the book for a miniseries slated for HBO Max, while her Black Panther costar Lupita Nyong'o will star as Ifemelu.

Notes of a Native Son by James Baldwin

Written by the acclaimed author and activist when he was only in his 20s, this collection of essays takes a critical look at blackness, the paternalism of white liberals, life in Harlem, the protest novel, and the life of black American expats. It's a complex look at the African American experience at the dawn of the civil rights movement that feels just as timely today.

The Underground Railroad by Colson Whitehead

What if the Underground Railroad used by American slaves wasn't just a web of secret routes but an actual subterranean train system? That's the conceit of this electrifying novel—an Oprah's Book Club pick—which centers on tough, charismatic Cora. Born on a Georgia plantation, abandoned and brutalized, she escapes on a train only to find new and terrible danger. Tense, graphic, uplifting and informed, this is a story to share.

Our Time Is Now by Stacey Abrams

She and her siblings trailed their parents to the Mississippi polls "like the chicks in Make Way for Ducklings," Abrams writes. Now, having lost the Georgia governor’s race in what she believes was an unfair election, she details the many nefarious ways voting can be manipulated to subvert democracy. She looks to the 2020 election as a chance to form a coalition across color lines and restore trust in government. Her practical approach is inspiring, even comforting, in the current moment. 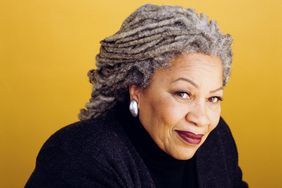 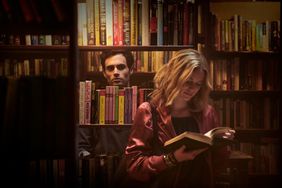