The beloved children's author died on March 25, 2021, in Carmel, California

Beverly Cleary, the author of the beloved Ramona Quimby books, died at 104 years old on March 25, 2021. In all her years, her books have remained as popular as ever.

“I’m just lucky,” she said about the success of her books during an interview with the National Post in 2016.

Her birthday, April 12, was selected as National D.E.A.R. Day (Drop Everything and Read) in honor of her accomplishments as a children’s author. Cleary’s last book, Ramona’s World, was published in 1999, but her books continue to sell worldwide and have been translated into 14 languages, according to her website. In 2005, Cleary was named a “Living Legend” by the Library of Congress and she’s won a number of other prestigious awards.

The reason for the author’s fame? Kids can’t get enough of characters like Henry Huggins and Ellen Tebbits. In Cleary’s stories, readers see their problems addressed in funny, relatable ways.

“She was not a slowpoke grownup,” Cleary writes in Ramona the Pest. “She was a girl who could not wait. Life was so interesting she had to find out what happened next.”

Cleary may have centered her career around books, but she didn’t start out that way. Born in McMinnville, Oregon in 1916, her family moved to a small town that didn’t have a library. She struggled with reading and didn’t embrace books until they moved to Portland, Oregon, according to her website. In her biography page, Clearly writes that she eventually realized she wanted to write stories that she “longed to read but was unable to find on the library shelves, funny stories about her neighborhood and the sort of children she knew.”

Cleary went on to become a children’s librarian and her first book, Henry Huggins, published in 1950. In 2010, Cleary spoke with PEOPLE and explained that all but one of her 32 books were written in longhand and she never had a single rejected manuscript. Of her dozens of famous characters, Cleary most identifies with well-mannered Ellen Tebbits.

“But inside, I had Ramona-like thoughts,” she said. 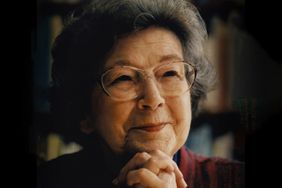 Beverly Cleary, the Author of the Beloved 'Ramona Quimby' Books, Dies at 104 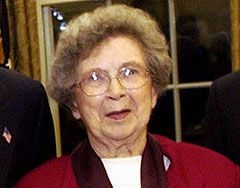 Beverly Cleary: What She Wants You to Know About Her! 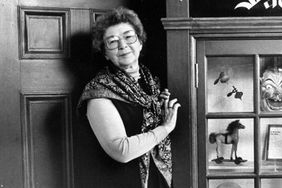 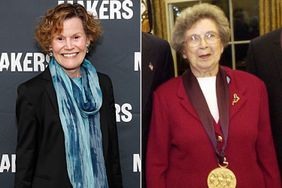