Author Brit Bennett Based Her Hit Novel 'The Vanishing Half' On A Town Near Her Mother's Home: "Everyone was Obsessed with Color"

HBO plans to produce a limited series adaptation of the novel for the screen.

Mothers know best — and sometimes, they know the idea to a best selling novel.

Brit Bennett author of the hit book The Vanishing Half spoke with PEOPLE Every Day host Janine Rubenstein about the inspiration behind the story book clubs can't stop talking about.

The Vanishing Half tells the story of two twin sisters who grow up to "live their lives off the color line", one living as a White woman and one as a Black woman. Bennett's mother, who is originally from Louisiana, once told her a story from her childhood about a nearby town where people were "obsessed with color", in regards to the color of their skin.

"And, that immediately struck me as, 'Oh, this is the setting for a novel'," said Bennett.

HBO plans to produce a limited series adaptation of the novel for the screen, for which Bennett will be an executive producer, alongside fellow Stanford alum Issa Rae.

"It's been really cool to see how this completely different world of Hollywood works, " Bennett said, "which is very, very different than the world of books."

Listen below for more of Bennett's interview on PEOPLE Every Day, airing now on iHeartMedia, Apple podcasts, Spotify, Stitcher or wherever you listen to your podcasts. 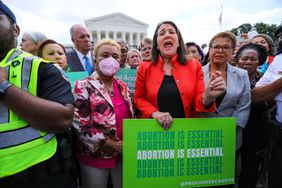 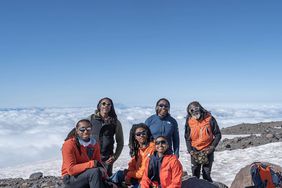