The actress, who starred in the '90s teen classic and now will appear in the gender-flipped Netflix remake He's All That, talks to PEOPLE about her favorite memories and must-have beauty products

Rachael Leigh Cook's latest role is giving her (and every other millennial) some major nostalgia.

But despite millions of teens envisioning themselves in the iconic red dress walking down the stairs to Freddie Prinze Jr., the She's All That star, 41, admits to PEOPLE that she "did not feel radiant by any stretch" during the film's big reveal scene.

"I definitely thought that the movie had a ton of charm as a whole," Cook says of the hit 1999 film (the gender-swapped Netflix reboot of which she appears in Friday). "It sounds corny to say, but I just felt happy to be in it. I certainly didn't feel like I was in a class with all of the great beauties of that time, or of that [movie] makeover tradition."

In She's All That, Cook's character Laney Boggs was an art geek who became the subject of a bet that Freddie Prinze Jr.'s popular Zack Siler could turn her into prom queen. The 2021 update, He's All That, sees Cook playing the mother of Padgett Sawyer (Addison Rae), a beauty influencer who attempts to salvage her social media reputation by turning her fashionably inept classmate Cameron Kweller (Tanner Buchanan) into prom king.

"Addison looks incredible in the movie," Cook says of her onscreen daughter. "She has great style. That generation has a lot that they could teach me, for sure."

Rachael Leigh Cook Reveals She's All That Remake Originally Had a Part for Freddie Prinze Jr.

Although Cook's first red carpet moments came early (along with her roles in some memorable '90s classics like The Baby-Sitters Club, Tom and Huck, Carpool and All I Wanna Do) she doesn't have much nostalgia for that decade in style.

"Truthfully, I was definitely a teen of the '90s, but I didn't especially love '90s fashion," she says. "I had a really hard time finding clothes for events back then because I just plain didn't like anything. So I ended up in some pretty bizarre outfits just trying to do my best."

RELATED VIDEO: Rachel Leigh Cook Saw a Cut of the He's All That Remake & Thinks 'People Are Going to Love It'

She did dip into some of the most noteworthy '90s beauty trends, including wave irons (not curling or crimping irons, she clarifies), and there are some classic products from that decade she still uses today, including Maybelline Great Lash Mascara and Cor's The Silver Soap. And of course, she (along with everyone else) tweezed her eyebrows way too thin.

"When I think back that far, I just feel grateful my eyebrows grew back," Cook says.

If you're shocked to hear that the ageless Love, Guaranteed actress and producer is playing the mom of a teen in a She's All That remake, that's thanks to the excellent care she takes of her skin, and she's here to share her secrets.

"First of all, I promise not to be one of those actresses who just gets on some soapbox and tells you to drink water," she jokes. "We've heard enough of that, and nobody believes you!"

Instead, she swears by retinol, specifically Epi.logic's Double Feature.

"Being over 40, you should make friends with retinol," Cook recommends, in addition to the skin-refining vitamin C of Universal C by BeautyStat and the SPF moisturizing power of MZ Skin's Tint & Protect.

"I definitely feel my age, but if I can not look it all the way, I'm a happy camper," says Cook.

A motto that was proven when, more than 22 years after wearing a beloved "comfortable" black strapless jumpsuit to the She's All That premiere in January 1999, Cook got to revisit that moment with on the arm of a special date. She brought 7-year-old daughter Charlotte, whom, along with son Theodore, 6, she shares with ex-husband Daniel Gillies, to the new film's premiere.

"I wanted to bring her and then before I knew it she said, 'Will there be a red carpet?' " Cook added. "She was so excited. I didn't even know she knew about red carpets."

The mother/daughter duo met up with Cook's She's All That costar Matthew Lillard and his daughter Macey. Lillard and Cook aren't the only original cast and crew reprising their roles: the OG film's writer R. Lee Fleming Jr. and costume designer Denise Wingate are up with director Mark Waters (Freaky Friday, Mean Girls).

See Rachael Leigh Cook in He's All That, which premieres Friday, August 27 on Netflix. 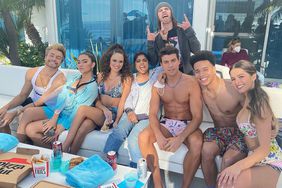 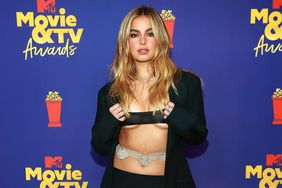 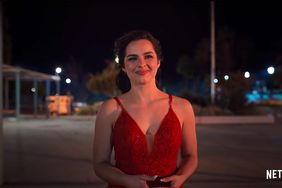 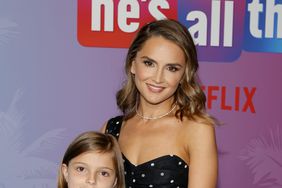 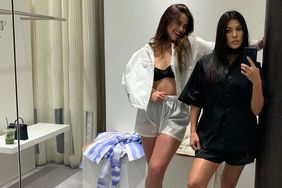 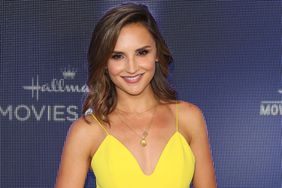 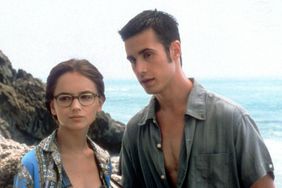 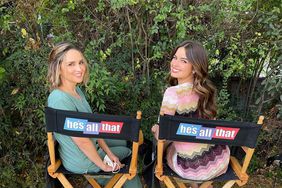 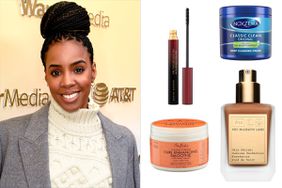 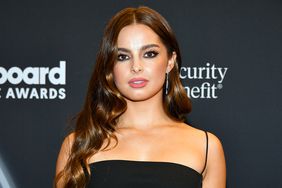