Tom Hanks Urges Studio to Save the Oscars

"The show must go on," the star says in light of the canceled Golden Globes

Scaling back awards shows and replacing the Golden Globes with a press conference in light of the Hollywood writers strike isn’t sitting well with Tom Hanks.

“The show must go on,” the actor, a double Oscar winner himself, told Reuters in London at Thursday’s premiere of his Charlie Wilson’s War. “That is one of the tenets of everything,”

Hanks, 51, urges studios to return to the negotiating table to help end the strike. At the moment, no talks are scheduled.

“I am a member of the board of governors of the Academy, and we definitely want to put on a great show and honor the films that have come out in the course of the year,” he said, adding that corporate management should be mindful that so many working people are suffering as a result of the dispute.

Besides the approximately 10,500 Writers Guild of America members in conflict with mainstream film and TV studios, “There are caterers and carpenters … and electricians and gaffers,” said Hanks. “There are a lot of people out there associated with the industry, for whom the sooner this work stoppage is over the better.”

He adds, “I just hope that the big guys who make big decisions up high in their corporate boardrooms and whatnot get down to honest bargaining and everyone can get back to work.”

A Strike May Turn Tv into a Vast Rerun Wasteland 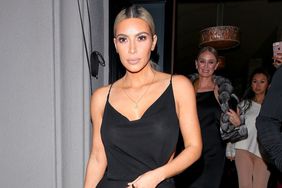