The makers of the Oscar-nominated Slumdog Millionaire are shooting down claims that its youngest stars aren’t sharing in the movie’s success.

In interviews with Britain’s Daily Telegraph, the family of Azharuddin Ismail, who played the young Salim, said he was paid about $2,500 for his work on the tale about Indian slum-dwellers, which has grossed $85 million at the U.S. box office. The family of Rubina Ali, who played young Latika, said she was paid about $700. The two children live a few hundred yards from each other in an impoverished community of shacks in the Mumbai suburb of Bandra.

Azharuddin’s father, Mohammed, who suffers from tuberculosis, told the U.K. paper that his son has been sleeping under a plastic tarp since local authorities bulldozed the family’s illegal hut. He also claimed a trust fund set up by the studio for the young actor, including a monthly stipend for books and food, has done nothing to improve their quality of life.

“There is none of the money left,” said Mohammed. “It was all spent on medicines to help me fight TB. We feel that the kids have been left behind by the film.”

Rubina lives in a hut alongside a set of railroad tracks with her parents, older brother and sister. Her father, Rafiq Ali Kureshi, a carpenter, has been out of work since breaking his leg, according to the Telegraph. “I just had no knowledge of what [Rubina] should have been paid,” he told the paper. But later, in a video interview with Reuters, he thanked the filmmakers for their support. “We never said that they didn t pay us money, or that he should pay us more money,” he said. “We don’t want that. They’ve really looked after our child. They’re getting her educated, they are doing so much.”

Paying for their education

But the film’s director Danny Boyle and producer Christian Colson dispute any accusation the children were exploited, saying in a statement that the filmmakers “paid painstaking and considered attention to how Azhar and Rubina’s involvement in the film could be of lasting benefit to them over and above the payment they received for their work.”

They added: “The children had never attended school, and in consultation with their parents we agreed that this would be our priority. Since June 2008 and at our expense, both kids have been attending school and they are flourishing under the tutelage of their dedicated and committed teachers. Financial resources have been made available for their education until they are 18. We were delighted to see them progressing well when we visited their school and met with their teachers last week.”

A rep for the film’s distributor, Fox Searchlight, echoes their defense. “The welfare of Azhar and Rubina has always been a top priority for everyone involved with Slumdog Millionaire,” a spokesman said in the same statement. “A plan has been in place for over 12 months to ensure that their experience working on Slumdog Millionaire would be of long term benefit. For 30 days work, the children were paid three times the average local annual adult salary. Last year after completing filming, they were enrolled in school for the first time and a fund was established for their future welfare, which they will receive if they are still in school when they turn 18.”

One of the most critically acclaimed films of 2008, Slumdog won four Golden Globes and is nominated for 10 Academy Awards. 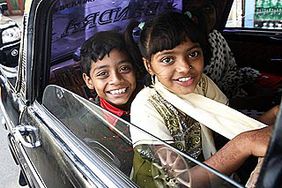 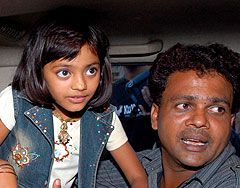 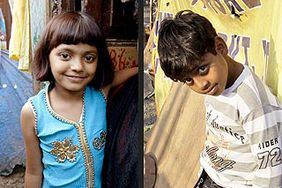 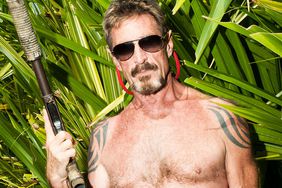 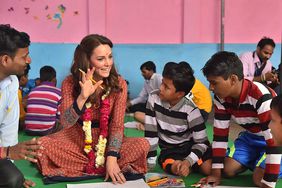 'Shall I Do a Drawing for You?' Princess Kate Sits on Floor and Charms Kids in India – Then Gets Glam with Prime Minister