As if there were any doubt, Lily Tomlin reminded the world of her singular talents as she received the Screen Actors Guild Life Achievement Award on Sunday night in Los Angeles.

Taking the stage at the 23rd annual SAG Awards, the acclaimed actress, comedian, writer and producer accepted the honor from Dolly Parton, her longtime friend and costar in the 1980 comedy hit Nine to Five.

Tomlin took the stage to accept the award, joking that it came “just in the nick of time.”

“What a week this has been though. You are kind of anti-climactic,” she joked. “Doomsday clock moved up two and a half minutes before midnight, this award came just in the nick of time.”

The actress also gave a sweet shout out to her wife Jane Wagner.

“My partner, Jane Wagner, are whose shoulders I stand the tallest,” she said.

She also offered a few words of advice and “nuggets of wisdom” to her younger peers.

“Don’t leave the house when you’re drunk and if you’re already out there well you must learn to tell when you’ve had too much to drink,” she said as the crowd burst out into laughter. “And don’t be anxious about missing opportunity. Behind every failure, there is an opportunity someone wishes they missed.”

“Meryl [Streep] is laughing at this and there are absolutely no times she’s had a failure,” she added.

And Tomlin couldn’t help but poke fun at President Donald Trump, noting that no one had to give “alternative facts” when talking about her career.

“Live your life so when you’re being honored for your achievement, people can feel reasonably honest about their comments,” she said. “Otherwise, in these times, all their words, a phrase, might be perceived as alternative facts or worse yet, fake news.”

But the actress stressed that just because she received a career-spanning award, it doesn’t mean she’s done.

“As long as I don’t have to audition, I just may be back,” she concluded.

A show business veteran whose career has so far lasted half a century, Tomlin, 77, started performing on stand-up stages in the ’60s before landing her breakout role on the sketch comedy series Rowan & Martin’s Laugh-In.

She would go on to star in films including Nashville, The Late Show, The Incredible Shrinking Woman, Short Cuts, I Heart Huckabees and Grandma; television series including Murphy Brown, The Magic School Bus, Will & Grace, The West Wing, Desperate Housewives and Grace and Frankie, and the Broadway shows Appearing Nitely and The Search for Signs of Intelligent Life in the Universe (the latter of which was written by Tomlin’s wife and longtime collaborator, Jane Wagner).

Tomlin has won Emmy, Grammy and Tony awards, and received Kennedy Center Honors and the Mark Twain Prize for American Humor. She’s also in the running for the SAG Award for actress in a comedy series for her work in Grace and Frankie, making her just the second performer to receive the guild’s lifetime award while appearing in a competitive category. (James Garner was the first, in 2005). 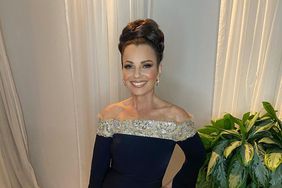