The SAG Awards Brought Together Our Favorite '90s Crushes

Julianne Moore wasn’t the only one feeling nostalgic at the Screen Actors Guild Awards. While the best actress winner reminisced about her old soap opera days, we couldn’t help but think back to our favorite ’90s hunks – probably because the Shrine Auditorium in Los Angeles was full of them Sunday night.

Not only did the SAG Awards gather today’s top talent, it also brought together some of the finest guys from the decade of hacky sacks and grunge. Spoiler Alert: Jordan Catalano still looks good. Obviously!

So take a trip back in our time machine, and see how the guys you once hung pictures of in your locker have now aged into some seriously stunning men.

Hawke went from the immature guy a girl couldn’t help but love in Reality Bites, to the immature man a woman married too early in Boyhood. Good news, his aimless aura has stuck around – and so have Hawke’s striking features.

Raise your hand if you once thought Leto’s My So-Called Life hair was the longest ‘do he would ever have. Now, aren’t you happy you were wrong about Jordan Catalano?

This is what we love about Matthew McConaughey. We get older, but he stays the same age … Or at least this Dazed and Confused stud seems to be aging slower than the rest of us.

Celebs Reveal: How I Blew My First Paycheck 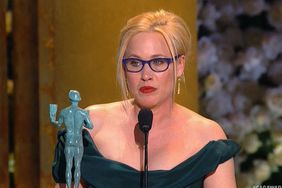 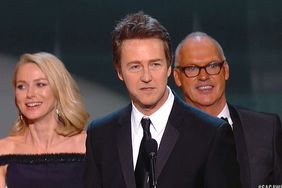