After meticulous counting, calculations and planning, the unthinkable happened: La La Land was mistakenly named as the 2017 Academy Awards’ Best Picture winner, only for frantic producers to run out on stage and crown Moonlight.

For a few short moments, only two people knew that the wrong victor was announced: Brian Cullinan and Martha Ruiz, the two representatives from accounting firm PricewaterhouseCoopers tasked with figuring out the Oscar winners and bringing the sealed envelopes containing the well-guarded secrets to the awards show. For the past 83 years, PwC has been responsible for counting the votes from members of Academy of Motion Picture Arts and Sciences, which now comprises 6,000 members.

At Sunday night’s awards, however, presenters Warren Beatty and Faye Dunaway had erroneously received the envelope for Best Actress — for which Emma Stone won for her work in the Damien Chazelle-directed musical. Photos showed the presenters clearly holding the envelope with the wrong category written on the front.

As the Moonlight cast walked up, Beatty, 79, would not leave the stage until he explained what had happened.

“I opened the envelope and it said, ‘Emma Stone, La La Land.’ That’s why I took such a long look at Faye and at you. I wasn’t trying to be funny,” he said.

Two PwC staffers previously told MarketWatch that for security, there are “two briefcases, that are identical, and we have two entire sets of winning envelopes.”

Cullinan and Ruiz each carry one of the briefcases to the awards show, taking different routes to Hollywood’s Dolby Theatre in case one of them gets held up in traffic. The PwC representatives pose on the red carpet with their briefcases and are under constant security from the LAPD.

On top of that, Cullinan and Ruiz memorize each and every winner to make sure the correct winner is celebrated.

During the show, they take their places on opposite sides of the stage, handing presenters their cards (depending on which side they enter from).

All had seemed calm as Cullinan and even PwC all tweeted out photos of the briefcases from before and during the show, even fortuitously captioning one photo by saying Cullinan and Ruiz were keeping “watch over the envelopes.”

There has yet to be a formal explanation issued of how Beatty got the wrong envelope, but a rep for Best Actress presenter Leonardo DiCaprio told PEOPLE, “He gave the card directly to Emma and said, ‘You are going to want to keep this.’ ” This means the Best Actress envelope given to Beatty and Dunaway must have been from the second set of printed cards.

Before getting to the biggest night in films, PwC goes through a detailed and time-consuming process to determine the Oscar winners.

Each of the 6,000 Academy members vote within their respective branch (meaning actors vote for other actors, directors vote for other directors, etc. — but all Academy branches have the opportunity to vote for Best Picture), listing their top five choices in order of preference.

Nominees are set by finding the “magic number,” or amount of votes needed to make the cut, for each category. The magic number is calculated by taking the total number of ballots received for that category and dividing them by the number of possible nominees plus one, and then rounding it up to the nearest whole number. (If the initial result happens to yield a whole number, then 1 is automatically added.)

Once the nominations are settled, the entire Academy votes for each category, with every member allowed one vote per category. The nominee with the most votes wins.

A small team of about six people, not including Cullinan and Ruiz, divvy up the ballots so that nobody is counting an entire category, meaning even they won’t know how different entries stack up. Cullinan and Ruiz do the final tallying, meaning they are the only two people in the world who know the Oscar victors before the big announcement live on television.

“It’s him checking me and me checking him, and we do it multiple times against each other to make sure that when we leave and are ultimately handing the envelopes to someone, we’re very confident they’re getting the right envelopes and the contents in them are accurate,” Ruiz told The Huffington Post in the week leading up to the mix-up.

When asked what would happen if the wrong winner was announced, Cullinan explained that such an error was improbable, but the true victor would receive their prize.

“We would make sure that the correct person was known very quickly,” Cullinan said. “Whether that entails stopping the show, us walking onstage, us signaling to the stage manager — that’s really a game-time decision, if something like that were to happen. Again, it’s so unlikely.”

PwC has issued a statement apologizing for the mistake, saying it was looking into the incident.

“We sincerely apologize to Moonlight, La La Land, Warren Beatty, Faye Dunaway and Oscar viewers fort the error that was made during the award announcement for Best Picture,” the accounting firm said in a statement. “The presenters had mistakenly been given the wrong category envelope and when discovered, was immediately corrected. We are currently investigating how this could have happened, and deeply regret that this occurred.” 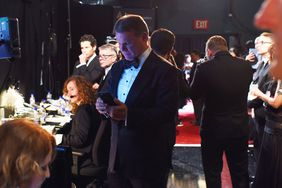 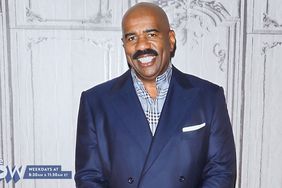 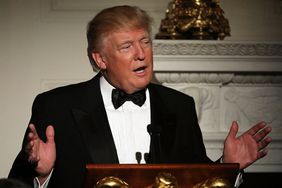