The Oscars’ history of recognizing – and overlooking – minorities and women has led to milestone wins and headline-making controversies.

For the second year in a row, only white actors were nominated in the acting categories, spurring a revival of last year’s #OscarsSoWhite hashtag on social media, and prompting stars including Spike Lee and Jada Pinkett-Smith to vow to skip the show.

Academy President Cheryl Boone Isaacs released a statement Monday saying she is “both heartbroken and frustrated” about the lack of diversity among this year’s nominees – and says the group is stepping up efforts to address it. “The Academy is taking dramatic steps to alter the makeup of our membership,” she added.

The changes can’t come soon enough for many who have spoken out in recent days, and who point out the Academy’s turbulent history of inclusiveness.

Actors Idris Elba, considered a potential nominee this year for Beasts of No Nation, and David Oyelowo – whose portrayal of Martin Luther King in Selma was memorably overlooked last year – were among those weighing in, with Oyelowo calling the repeat lack of diversity “unforgivable” and adding that the Academy – which he is a member of – “doesn’t reflect me, and it doesn’t reflect this nation.”

Even host Chris Rock poked fun at the issue, pointedly joking on Twitter: “The #Oscars. The White BET Awards.”

Only 15 African-American actors have ever won an Oscar since the Academy began giving out awards in 1929. Hattie McDaniel was the first to win, picking up the Best Supporting Actress award in 1939 for her portrayal of Mammy in Gone With the Wind, accepting her award in a segregated hotel that normally did not allow black people as guests, per The Hollywood Reporter. Twenty-seven years went by until a second star nabbed an acting award at the show, with Sidney Poitier winning Best Actor for Lilies of the Field in 1963.

Frustrated with the lack of diversity in the years that followed, the Rev. Jesse Jackson organized an Oscars protest in 1996, calling out the lack of African-American nominees.

Lupita Nyong’o is the most recent actor of color to take home a trophy, a Best Supporting Actress award for 12 Years a Slave, which won Best Picture in 2014. (African-American stars have fared best in the supporting acting categories, with recent wins for Morgan Freeman in 2004’s Million Dollar Baby, Jennifer Hudson in 2006 for Dreamgirls, Mo’Nique for Precious in 2009 and Octavia Spencer for The Help in 2013.)

Other minorities have fared even worse at the Oscars. Only one Hispanic actor has ever picked up the Best Actor award – José Ferrer in 1950 for Cyrano de Bergerac – and no Latina actress has ever taken home the Best Actress prize. Supporting winners include Rita Moreno for West Side Story, Javier Bardem for No Country for Old Men and Benicio del Toro for Traffic.

Actors of Asian heritage have also been sparsely represented. Only one has ever been nominated for a Best Actress award – Indian-born Merle Oberon way back in 1935 – and only one Asian actress has ever won Best Supporting Actress, Japanese native Miyoshi Umeki in 1957 for Sayonara. The most recent Asian male star to win was Cambodian-born Haing S. Ngor, taking home a Best Supporting Actor award in 1985 for The Killing Fields.

(In a move that remains both noteworthy and controversial, New Jersey-born white actress Linda Hunt won a Best Supporting Actress award in 1983 for portraying Chinese-Australian male photographer Billy Kwan in The Year of Living Dangerously.)

Female filmmakers have also had an uphill battle for Oscar attention. Only four women have ever been nominated for Best Director, the most recent being Kathryn Bigelow, who in 2009 became the first female Best Director winner for her Iraq War drama The Hurt Locker. This year, no women directors were even seriously considered contenders.

The lack of female representation came to the fore in 1993, when the theme of the show was “Oscar Celebrates Women and the Movies.” Ironically, the film industry was criticized for its dearth of substantial roles for women that year, with Emma Thompson ultimately picking up the trophy for Howard’s End.

This past year, Oscar winner and current nominee for Joy Jennifer Lawrence revived a national conversation about women in Hollywood when she penned an essay pointedly titled “Why Do I Make Less Than My Male Costars?”

“I’m over trying to find the ‘adorable’ way to state my opinion and still be likable!” she wrote last October. “F— that. I don’t think I’ve ever worked for a man in charge who spent time contemplating what angle he should use to have his voice heard. It’s just heard.” 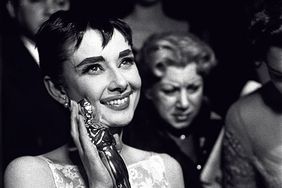 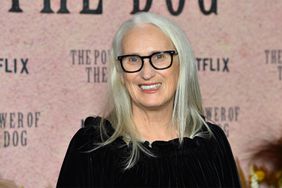 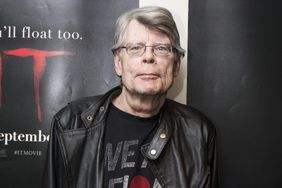 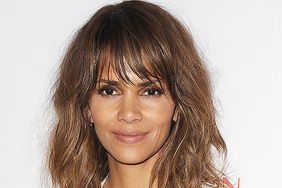