The “Dangerously in Love” diva, after opening the ceremony with a show-stopping duet with Prince, ended up the big winner at Sunday night’s 46th annual Grammy Awards, collecting a record five trophies.

Beyoncé – who came into the ceremony with six nominations – was just shy of a sweep, as Coldplay topped her for record of the year, for “Clocks.” Album of the year went to funk-rap duo OutKast for “Speakerboxx/The Love Below” (one of their three wins) and song of the year honors went to Luther Vandross, with Richard Marx, for “Dance with My Father.”

The former Destiny’s Child singer, meanwhile, picked up awards for best contemporary R&B album (for her solo debut, “Dangerously in Love”); best R&B song and best rap/sung collaboration (for her hit “Crazy in Love”); best female R&B performance (for “Dangerously in Love 2”); and best R&B performance by a duo or group with vocals (for “The Closer I Get to You,” a remake she did with Vandross).

Her five awards tied the record set by Keys, Jones and Hill for the most Grammys won by a female artist. However, Beyoncé’s opportunity to beat that benchmark was spoiled by the British band Coldplay.

Standing before the crowd inside the Staples Center in Los Angeles, Coldplay frontman Chris Martin dedicated his group’s win to the memory of Johnny Cash and to John Kerry, “who,” said Martin, “hopefully will be your President one day.”

Vandross, who suffered a near-fatal stroke last Easter, delivered a memorable message via a pre-recorded videotape, thanking his fans for their support. Including the record of the year award and his collaboration with Beyoncé, Vandross ended up with four Grammys (out of five nominations), including best male R&B vocal performance and best R&B album for “Dance with My Father.”

Accepting that last honor for himself and Vandross, Marx said their two fathers were up in heaven together “opening a bottle of champagne.”

Other multiple winners included bluegrass singer Alison Krauss, with three; and Jack White of The White Stripes, Eminem and the late Warren Zevon, each with two.

“This is officially the greatest moment of my life,” an otherwise contrite Justin Timberlake said upon winning the second of his two Grammys (for pop male vocal performance and pop vocal album, for “Justified”).

Other highlights from the three-and-a-half-hour CBS broadcast: Evanescence, who have sold more than 6 million albums worldwide and were in the running for album of the year, picked up the best new artist Grammy.

Rival nominee – and expected winner – 50 Cent followed Evanescence up to the stage to congratulate group members before he smiled and waved into the TV camera. “Thank you, 50 Cent,” deadpanned Evanescence’s Amy Lee before continuing with her acceptance speech.

June Carter Cash “is laughing and dancing somewhere,” her son, John Carter Cash, told the audience as he collected his late mother’s Grammy for best female country vocal performance (“Keep on the Sunny Side”).

In pre-show ceremonies, June and her husband, Johnny Cash, who also died last year, posthumously won Grammys; he for best short-form video (for “Hurt”) and she for her effort in the traditional folk album category (“Wildwood Flower”). Johnny Cash is now a 12-time Grammy winner.

In another poignant moment, the Beatles were presented with the National Academy of Recording Arts and Science’s special president’s award. Accepting the honor live onstage in L.A. were Olivia Harrison (George Harrison’s widow) and Yoko Ono Lennon (John Lennon’s widow).

Olivia recalled George’s first visit to the United States, 41 years ago. When he returned to England, he said (as related by Olivia): “They have everything over there. Why do they need us?”

Yoko said: “If John were here tonight, he’d be happy that his effort with the other three was acknowledged this way by the Grammys. And probably, he would have wanted to say again, ‘Come together, give peace a chance, and love is all we need.’ ”

From London, Ringo Starr and Paul McCartney separately expressed their thanks. “We’re still here, and we still love you,” said Ringo, while Paul, strumming the very guitar he played on “The Ed Sullivan Show” 40 years ago, sang a brief but familiar refrain. The lyrics went, “Yesterday, all my troubles seemed so far away.”

Kissing his date for the night, his mother, Timberlake – who beat late former Beatle George Harrison in the same category – bounded to the stage and said, “I’m humbled.”

He also made reference to last Sunday’s incident with Janet Jackson at the Super Bowl halftime show, during which he helped expose one of her breasts. “I know it’s been a rough week for everybody,” said Justin. “What occurred was unintentional and completely regrettable, and I apologize if you guys were offended.”

Then, studiously shifting gears, he said, “This is officially the greatest moment of my life.”

The Super Bowl stunt came up again later, when Christina Aguilera won for best female pop vocal performance for “Beautiful.” Practically spilling out of her low-cut dress, she pointed to her bosom and told the audience: “I didn’t want the same thing to happen that Janet had done.”

Meanwhile, Patti LaBelle introduced a tribute to the ailing Luther Vandross, a segment that originally was to have featured Jackson.

The Vandross salute included songs performed by Alicia Keys and Celine Dion – who was plagued by technical glitches, including a dead microphone and static feedback.

The segment concluded with a video message from Vandross himself, looking and sounding out of sorts but still in command. He said hello and thanked everyone, then told them to remember: “When I say goodbye, it’s never for long, because … ,” and, breaking into song, Vandross crooned: “I believe in the power of love.”

The evening was far from lacking in star power. Madonna introduced Sting, mentioning that he introduced her to her husband. Then Sting and Sean Paul (who earlier had taken the best reggae album Grammy for “Dutty Rock”) sang a reggae version of Sting’s classic hit “Roxanne.”

Ellen DeGeneres introduced an early segment honoring the 40th anniversary of the Beatles’ debut on TV’s “The Ed Sullivan Show,” which segued into Sting leading a rendition of “I Saw Her Standing There,” accompanied by Vince Gill and Dave Matthews.

Gwen Stefani snapped her fingers to help her recall who else to thank when her group, No Doubt, won for best pop performance by a duo or group vocal for their song “Underneath It All.”

“Oh, yeah,” remembered Stefani, prompting the crowd to cheer throughout the Staples Center. “All of our fans.” Then she added: “I can’t believe it. I’m going to go cry again.” (No Doubt also consists of Tony Kanal on bass, Tom Dumont on guitar and Adrian Young on drums.)

Andre 3000 of OutKast gave the most articulate thank-you of the night. Two words: “Thank you.” Then he jumped right back into the audience, eliciting an audible chuckle of approval inside the hall. His group, nominated for a leading six awards, won for best rap album, for “Speakerboxxx/The Love Below.”

8:30 p.m.: Beyoncé Goes Five for Six
Sunday was Beyoncé’s night. After opening the televised portion of the 46th annual Grammy Awards in a rocking duet with Prince, the Destiny’s Child diva picked up the award for best contemporary R&B album, for her solo debut, “Dangerously in Love.”

“Wow,” she told the crowd inside the Staples Center in Los Angeles. “This is unbelievable. Performing was enough for me.”

The win brought her grand Grammy tally to five, while Luther Vandross (who went into the night with five nominations) won three.

Beyoncé took two Grammys for her hit “Crazy in Love” – best R&B song and best rap/sung collaboration. (Her boyfriend, Jay-Z, also won two awards for his work on the track.) Her other early Grammys were for best female R&B performance for “Dangerously in Love 2,” and best R&B performance by a duo or group with vocals for “The Closer I Get to You,” a remake she did with Vandross.

Other multiple winners included Jack White of The White Stripes and Eminem, with two each, and bluegrass singer Alison Krauss, who had three.

All told, 94 of the Grammys’ 105 awards were handed out during a two-hour ceremony prior to the telecast. These included posthumous awards won by country legends Johnny Cash and his wife, June Carter Cash – both of whom died within months of each other last year.

Their only son, John Carter Cash, accepted on his parents’ behalf. The Man in Black’s Grammy, his 12th, was for best short-form video (for “Hurt,” a song about depression from Cash’s final album, “The Man Comes Around”). June Carter Cash’s Grammy was in the traditional folk album category, for “Wildwood Flower.”

Another posthumous winner was Warren Zevon, whose best contemporary folk album Grammy was for “The Wind,” which he recorded while dying of lung cancer.

Other early winners: former President Bill Clinton in the spoken word album for children category (“Prokofiev: Peter and the Wolf/Beintus: Wolf Tracks”), and satirist Al Franken for the audio-book version of his “Lies and the Lying Liars Who Tell Them: A Fair and Balanced Look at the Right,” who beat out Hillary Rodham Clinton for her “Living History.” 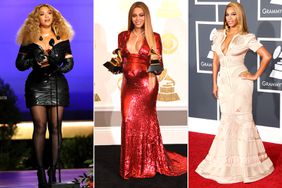 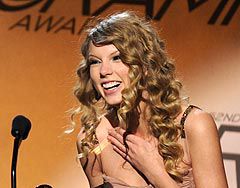 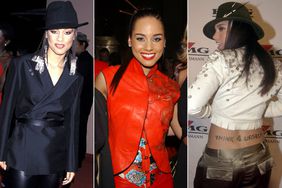 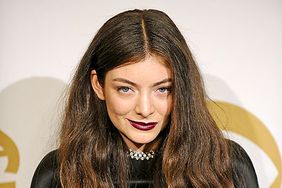