Spoiler alert: There's a lot of Judi Dench and Helen Mirren in these films

The newest addition to the mix, out in 2018, stars Olivia Colman, Emma Stone, Rachel Weisz, Nicholas Hoult and Joe Alwyn and follows the tangled web around 18th century monarch Queen Anne. Nominated for best motion picture - musical or comedy, it admittedly takes liberties with historical accuracy, though is based on letters between the monarch and two of her confidantes turned lovers, Sarah Churchill and Abigail Hill. The film earned two awards at the Venice Film Festival when it premiered.

Judi Dench plays Queen Victoria for the second time in Victoria & Abdul, which follows her later years in life, when she welcomed an Indian man named Abdul Karim into her inner circle. Though Karim began his service to Victoria as a servant, he eventually became one of her closest friends and confidantes — but his position in court was loathed by Victoria's family and courtiers. The film chronicles their entire relationship, from Karim's arrival at the time of Victoria's Golden Jubilee in 1887, to her death in 1901. Dench received a Golden Globe nomination for the movie.

Dench's first turn playing Queen Victoria came in 1997's Mrs. Brown, the plot of which isn't all that different from Victoria & Abdul. It's about Victoria's relationship with John Brown, a servant who was her confidante and close friend after the death of her husband Prince Albert, but before the arrival of Abdul Karim. There was suspicion that her relationship with Brown even turned romantic — hence the nickname "Mrs. Brown," which was used by courtiers behind her back. And like her friendship with Karim, Victoria's relationship with Brown aggravated members of the royal household. Dench nabbed a Golden Globe for this movie.

Queen Victoria's life is well-documented on the big screen. With Dench's films chronicling her later years, 2009's The Young Victoria, which stars Emily Blunt, is about her younger ones. It starts before she becomes Queen, and shows her tense relationship with her mother, the Duchess of Kent, and a member of their household, Sir John Conroy, who both try to use Victoria to gain political influence. The film continues into Victoria's reign and her relationship with her eventual husband, Prince Albert — and earned Blunt a Golden Globe nomination.

THE MADNESS OF KING GEORGE

It seems Mirren has a knack for playing members of the royal family: In 1994's The Madness of King George, she is Queen Charlotte, wife of King George III, who ruled during the American Revolution. As you might expect, given the title, the movie largely focuses on the King's (Nigel Hawthorne) rapidly declining mental health and a power struggle with various politicians and his son, the Prince of Wales, as he nearly loses his place on the throne during the Regency Crisis of 1788.

Queen Elizabeth's father, King George VI, takes center stage in this Colin Firth-led film from 2010, which won a Golden Globe (Firth nabbed one, too). The King's Speech is predominantly about the eventual monarch's adult life before he became king, when he was Prince Albert, the Duke of York. The main point of tension is "Bertie's" stammer, which he dealt with his entire life. In hopes of overcoming it, he starts to see a speech therapist, Lionel Logue, played by Geoffrey Rush. The film sees the abdication of George VI's brother, King Edward VIII, and his ascension to the throne — a role that requires ample public speaking — as he works with Logue.

Cate Blanchett scored her first Golden Globe nomination and win in 1999 for Elizabeth. In the film, she plays the first Queen Elizabeth, who takes the throne after death of her half-sister, Queen Mary. In the mid-1500s, Elizabeth is queen in a male-dominated world and faces constant pressure from advisers to marry. The film also sees her fight to unite a religiously divided England — and that only covers the beginning of her reign.

Elizabeth was such a success that it got a 2007 sequel covering the subsequent years of her time on the throne, which included the Spanish Armada and further religious tensions in England. Oh, and even more pressure to marry and produce an heir, which as we now know, Elizabeth never wavered to. Blanchett was nominated for another Golden Globe for this role. 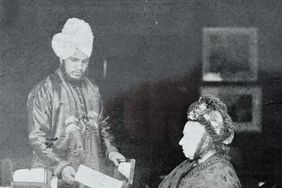 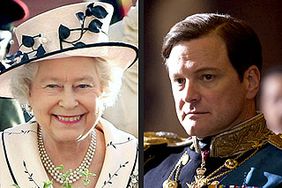 Was Queen Elizabeth a Fan of 'The King's Speech' ? 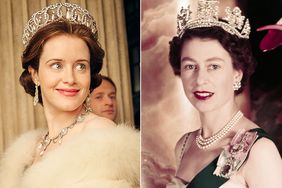 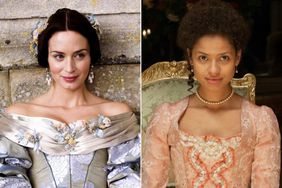