She may never be a royal, but Ella Yelich-O'Connor already has more Grammys than Britney Spears, Tupac and Led Zeppelin combined

When Lorde won two awards (song of the year and best pop solo performance) at the 2014 Grammys, she didn’t just become the third-youngest winner in the ceremony’s history. Barely a year into her career, the 17-year-old Kiwi also surpassed dozens of industry legends in the great list of Grammy winners in the sky.

Whether they’ve only won one Grammy, or are still waiting for their first golden gramophone entirely, here are some of the musical superstars who have taken home fewer Grammys than Lorde. (A note: We’re only counting competition Grammys. Lifetime achievement awards don’t count, nor do inductions into the Grammy Hall of Fame.)

8 (one win in 2005 for best dance recording)
Biggest Miss: Losing best new artist in 2000 (to Christina Aguilera, but still)

13 (plus one lifetime achievement award in 2012)
Biggest Miss: The Supremes’ “Stop in the Name of Love” losing for best contemporary rock & roll group vocal performance in 1966

1 (alongside one lifetime achievement award in 2001)
Biggest Miss:Tommy not even being nominated for album of the year in 1970

2 (The band won a lifetime achievement award in 2007, and the documentary When You’re Strange won for best long form music video in 2011, but that Grammy went to the filmmakers, not the band)
Biggest Miss: “Light My Fire” not being nominated for song of the year in 1968

2
Biggest Miss: “Don’t Stop Believin'” not being nominated for best rock performance by duo or group with vocal in 1982

0 (Marley was posthumously honored with a lifetime achievement award in 2001)
Biggest Miss: The Grammys not giving an award for best reggae album until five years after Marley’s death

3 (one win for best historical album in 2013)
Biggest Miss: “Good Vibrations” losing to a band of session musicians for best contemporary (R&R) recording in 1967

3
Biggest Miss: “Bohemian Rhapsody” losing out on best pop vocal performance by a duo, group or chorus in 1977

0
Biggest Miss:Are You Experienced? not even being nominated for album of the year in 1968 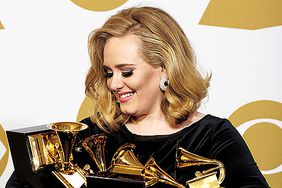