Golden Globe virgins rejoice – it was your night.

“I think I dropped my heart between Natalie Portman and Julianne Moore, so if anyone sees it, please give it back,” he said as he excitedly picked up the award. Praising his cast who “deserve this as much as I do,” Colfer, 20, spoke of his role, as an openly gay teen, as a positive example for kids who have been bullied in school.

His costar Jane Lynch was named best supporting actress for her role as coach Sue Sylvester.

“The greatest thrill is I get these 14 year-old-kids coming up to me vibrating out of their bodies saying how happy Glee makes them,” Lynch, who won the Emmy for the same role, said in her funny acceptance speech.

Katey Sagal also won her first-ever Golden Globe – and even she was unprepared for the experience.

“Oh my god, I’m so shocked,” a breathless Sagal, 56, said as she collected her trophy for best performance in a television series drama for Sons of Anarchy. “But I’m prepared somewhat. I’ve just been working so many years, and I’m just so honored to be up here.”

Steve Buscemi – another first time winner – won best performance in a television series drama for his role as Nucky Thompson on HBO’s Boardwalk Empire, which was also named best drama series. And The Big Bang Theory‘s Jim Parsons was a first-time Globes winner as best actor in a comedy.

Meanwhile, Christian Bale won the evening’s first award, best supporting actor in a motion picture, for his role as a drug addled former boxer in The Fighter. His costar Melissa Leo, another first-time winner, was named best supporting actress for her turn as his domineering mother, Alice Eklund.

Host Ricky Gervais opened the show, live from the Beverly Hilton Hotel in Beverly Hills, with a swig of beer – and a five-minute monologue skewering many of the night’s big nominees, including Angelina Jolie and Johnny Depp, costars in The Tourist, as well as stars who weren’t in attendance like Charlie Sheen and Mel Gibson.

“[This is] a night of partying and heavy drinking,” Gervais said. “Or as Charlie Sheen calls it: breakfast.” 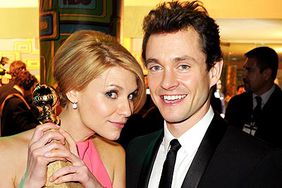 Inside the 2011 Globes Afterparties! 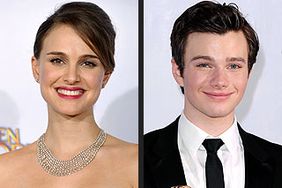 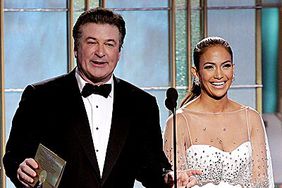 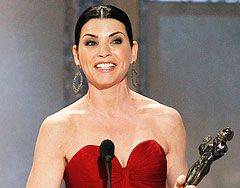 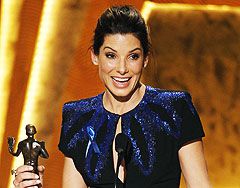 Sandra Bullock Thanks Her Hot Husband After SAG Awards Win 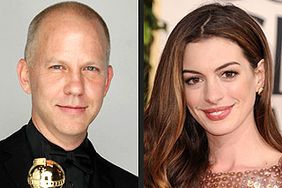 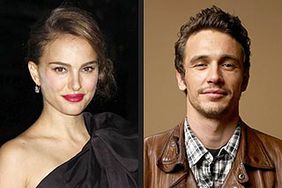 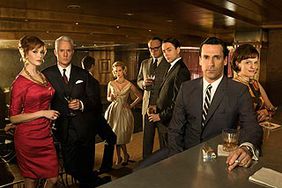 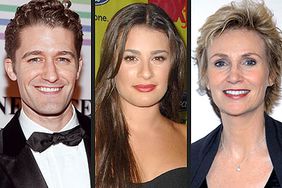 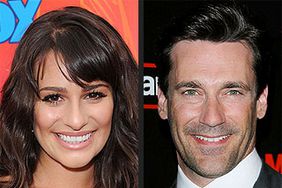 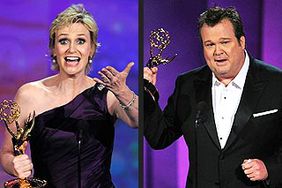 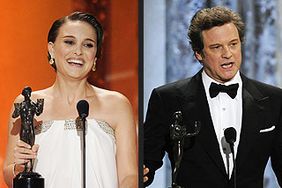 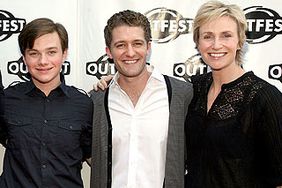 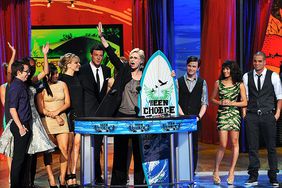