Jon Stewart Gives Angelina's Pregnancy an Award at the Oscars

She put her baby bump on display at Saturday’s Film Independent’s Spirit Awards. And even though Angelina Jolie didn’t actually attend Sunday’s Academy Awards, her pregnancy still got a nod from host Jon Stewart. During a short interlude, the Daily Show star teased about all the expectant actresses in attendance – referencing Jessica Alba and Cate Blanchett – and then announced (as if he were presenting an award), “the baby goes to … Angelina Jolie!” Then, the funnyman quipped, “Obviously Angelina couldn’t be with us tonight. It’s tough getting 17 babysitters on Oscar night.”
– Brian Orloff 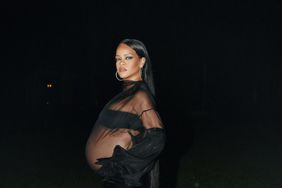