"I get to sing this year," says the Oscar- and Golden Globe-winner who has an album coming out

With an Oscar and a Golden Globe trophy already on her shelf, Jennifer Hudson is aiming for the Triple Crown of awards: a Grammy in 2008.

“I used to watch the Grammys and dream of winning one,” she told PEOPLE at a New Year’s Eve event headlined by the Dreamgirls star in Miami. “Maybe that can be next on my list.”

Guests at the Setai paid up to $60,000 per table to dine on Peking duck salad and roasted tenderloin by the poolside. Actor Dylan McDermott posed for pictures with guests before taking the stage to introduce Hudson as “one of the most talented people on the planet.”

Wearing a bright red Donna Karan sleeveless dress and more than $150,000 in jewelry specially designed by Rosalina Lydster, Hudson, 26, received an enthusiastic welcome from the crowd as she sang hits from Dreamgirls as well as “Happy Place,” a song from her upcoming album.

Despite Hudson’s banner year in 2007, she believes 2008 will be even better for her. “I get to sing this year,” she says. “I love acting and I hope I don’t ever have to choose between acting and singing, but singing is what I worked 17 years to do. That’s what I dreamed of. And I get to do it this year.”

Hudson, who also appears in the upcoming big-screen version of Sex and the City, adds: “I still don’t exactly believe everything that has happened to me. Every day, it’s like ‘Thank you God.'” 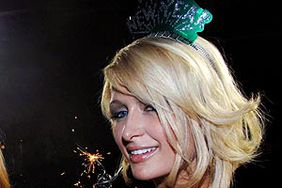