No love for Justin Bieber or One Direction? Find out who deserved a Grammy nomination this year

Where was the love for the heartthrobs?

That’s the biggest question after both Justin Bieber and One Direction – two of this year’s biggest sellers – were shut out when the nominations for the 55th annual Grammy Awards were announced last night in conjunction with a concert televised live from Nashville. Bieber seemed a good bet to at least grab a best pop vocal album nod for his hit Believe, while One Direction appeared to have an even better shot to make the best new artist cut.

Apparently there were no 12-year-old girls voting this year.

But those boys weren’t the only ones snubbed by voters: Nicki Minaj and Lionel Richie both failed to get recognized for their hit albums Pink Friday: Roman Reloaded and Tuskegee, respectively. Richie, teaming up with country stars to remake his hits, appeared to have sure-fire bait for album of the year.

Six artists were tied for the most nominations: the Black Keys’s Dan Auerbach; FUN; Jay-Z; Mumford & Sons; Frank Ocean; and Kanye West each scored six. But with Jay-Z and West mostly relegated to the rap categories, it’s really all about the other four, who all are up for the prestigious album of the year.

None is a major surprise, but the fifth nominee – Jack White’s Blunderbuss – was somewhat unexpected. Maroon 5, which only scored two nominations despite having a banner year, seemed poised to contend for Overexposed.

The record of the year candidates were also a likely bunch, with the Black Keys (“Lonely Boy”); Kelly Clarkson (“Stronger [What Doesn’t Kill You]”); FUN featuring Janelle Monae (“We Are Young”); Gotye featuring Kimbra (“Somebody That I Used to Know”); and Taylor Swift (“We Are Never Ever Getting Back Together”) picking up nods.

But Ocean was a welcome surprise for “Thinking Bout You.”

Neo-soul man Ocean was an expected contender for best new artist, where he will compete with power-pop band FUN and country breakout Hunter Hayes. But no one saw bluesy rockers Alabama Shakes coming here. And the Lumineers, a folk-rock trio, seemed a long shot to beat out Gotye, Carly Rae Jepsen or even Ed Sheeran for a spot.

At least Sheeran, the kind of singer-songwriter type that Grammy voters usually love, got nominated for song of the year for his folkie hit “The A Team.” Also less expected but well-deserved in this category: Miguel’s R&B single “Adorn.”

In fact, Miguel earned an impressive five nods, including best urban contemporary album for Kaleidoscope Dream. And with three nominations, including best country album for his self-titled set, Hayes was one heartthrob who will give the girls someone to cheer for when the winners are announced at the 55th Annual Grammy Awards Feb. 10 at 8 p.m. ET on CBS. 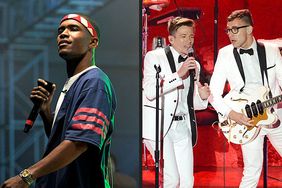 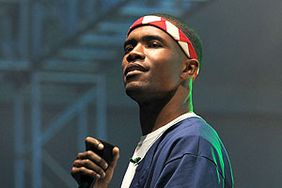 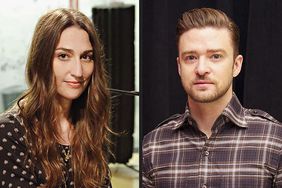