Far be it from us to refer to the Golden Globes as “Hollywood’s drunkest night,” but the awards show has a bit of a reputation.

And honestly, it’s pretty great. The evening is a refreshing warm-up to the comparative stuffiness of the Oscars, and even the stars who don’t admit to having a drink (or seven) in their speeches would probably readily admit there’s a special kind of atmosphere to Globes night that lends itself to some truly memorable moments.

Since we’d be here until Sunday if we recapped every hilarious or awkward incident from the Globes’ history (oh wait, we will be here), this roundup was limited to only the very best acceptance speech moments. Enjoy!

Almost everything about Streep‘s speech was gold. She says she only got the role of Margaret Thatcher because Ricky Gervais fell through; she uttered an elaborate, two-syllable “s–––” when she realized she left her glasses at her seat; and lastly, she thanked “God [pregnant pause] – Harvey Weinstein.”

Jack Nicholson Is on Valium

Admittedly on Valium, Nicholson expresses confusion over his win for best dramatic actor (for About Schmidt) because he “thought we made a comedy,” made fun of Dermot Mulroney’s hair and referred to Kathy Bates as “the Bates Motel.” In short, it was everything you want from a Jack Nicholson acceptance speech.

Giamatti – who admittedly always looks sort of charmingly rumpled – revealed he was a “a little jacked up ’cause I ate five boxes of the free Godiva chocolates.” He then looked at the floor and just sort of incredulously muttered, “Halle Berry,” which is exactly what we’d do if Halle Berry ever presented us with an award.

Harrison Ford Thanks His Dead Competition

Accepting his Cecil B. DeMille award, Ford said, “My luck is holding: I’m nominated in a category where the competition is dead.” Really, he could have just stopped after that one.

Cate Blanchett vs. the ‘Hurry Up Music’

Blanchett was one of the aforementioned people who admitted to drinking before her speech, which may have been why it ran a little long: “Can people at home hear this music?” she asked of the hurry-up-and-finish music awards shows play during long speeches. But she finished strong: “Thank you for plying me with vodka the way Judy Garland was probably plied with barbiturates.”

Accepting her best actress award for Silver Linings Playbook, Jennifer Lawrence uttered one of her now-trademark off-the-cuff remarks: “I beat Meryl!” Well to be fair, she did.

Mary-Louise Parker Makes a Grand with One Sentence

How, you may ask? In her words: “Janel Maloney just told me she would pay me $1,000 if I thanked my newborn son for my boobs looking so good in this dress. So, get out your checkbook. William Atticus Parker, thank you so much from your mother.”

“On the way over I made a list of all the people who deserve to be thanked,” Laurie said when accepting for House in 2006. “It came to 172 names … so what I did was write down the 172 names and put them on individual pieces of paper and I have them in my left-hand trouser pocket. I’m just going to draw out three at random and everyone else can just lump it.” He ended up thanking his hair stylist, script supervisor and agent.

Robert Downey Jr. Thanks No One

“I don’t have anybody to thank,” RDJ said while accepting for Iron Man in 2010. “I’m sorry everyone’s been so gratuitous. ‘It was a collaboration. We all did this together.’ Certainly not going to thank Warner Bros., Alan Horn, and my god … Robinov, these guys. They needed me! Avatar was going to take us to the cleaners! If they didn’t have me, we didn’t have a shot, buddy.”

“I don’t swear anymore onstage,” Midler said at the 1980 Golden Globes. But even so, she managed to turn in a few seconds we’re still talking about 24 years later.

“The people who’ve given me s–––, I say, like my mother, what did she say? She used to say, ‘Go to hell and don’t come back.’ However, however, however, my mother was not entirely me.” That is but one part of her 2014 acceptance speech. She later sort of obliquely blamed it on not having dinner. Which is fair we think. 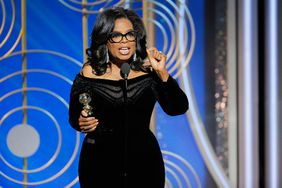 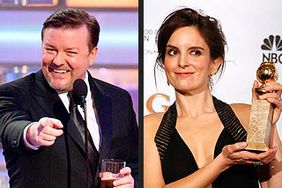 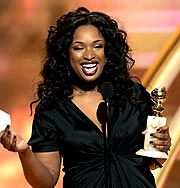 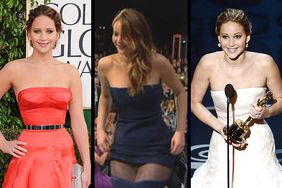