Lugging heavy suitcases through security checkpoints at the airport can be a total drag. But if you’re a newly minted Golden Globe award winner like Eddie Redmayne, it’s actually a chance to show off your new hardware.

“I had the most wonderful experience after the Golden Globes of taking [the award] in my hand luggage through the X-ray machine,” the actor, 33, who’s nominated for an Oscar for his portrayal of Stephen Hawking in The Theory of Everything, told reporters Monday at the Oscar Nominees luncheon.

“I saw the bag go through and I saw the woman stop the thing and go close-up on this weird-shaped thing and say, ‘I think it’s an award or something.’ ”

Well, it wasn’t just any award, which a couple TSA workers soon realized. “I was praying they would make me open it up,” recounted Redmayne. “The guy asked, ‘Is this real?’ I said ‘Yeah!’ ”

It’s been a whirlwind for the actor, who tied the knot with Hannah Bagshawe shortly before the holidays in England. Now, the newlywed – who admits his wife “has been very grounding” – is just enjoying the ride before the Academy Awards.

“It’s bad luck if you start to over-prepare,” he said about fashioning an acceptance speech. “The whole thing has been such an extraordinary flood of emotions and euphoria that I’ve tried not to find too much method in the madness.” 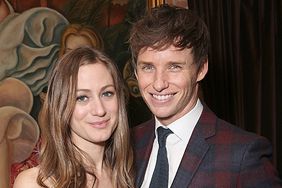 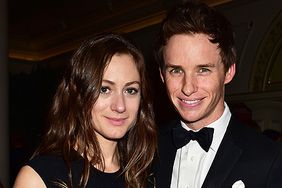 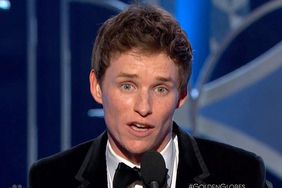 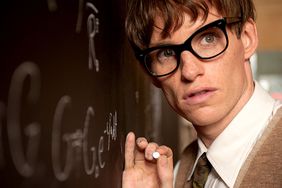 Where Was Eddie Redmayne When He Heard About His Golden Globe Nomination? 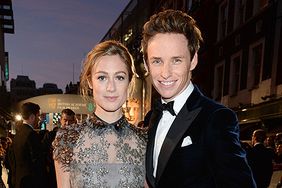 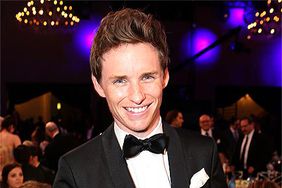 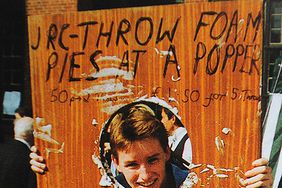