The period drama about a debating squad that takes on Harvard was named best film of 2007, and Washington also was honored as best actor. His costar Jurnee Smollett was cited as best actress.

“I’m happy for everybody up here,” Washington, who directed the film, said while accepting the award at Los Angeles’s Shrine Auditorium. “I’m very grateful for this one, but in particular, just happy that some of these young people are recognized for their work.”

Other big winners include Janet Jackson, who beat out Ruby Dee, Queen Latifah and others to win outstanding supporting actress for her work in Tyler Perry’s Why Did I Get Married? Said Jackson: “I m really overwhelmed and to be in the company of such incredible women. This is such an honor. I was really not expecting this.”

In television categories, Grey’s Anatomy was named outstanding drama series, and its star Chandra Wilson picked up a trophy for outstanding actress in a drama series. Costar Kate Walsh was on hand to support Wilson at the ceremony. 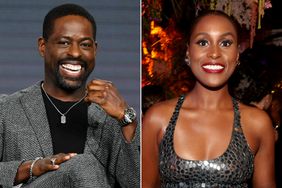 The Stars Shine at the 2008 NAACP Awards