Broadway’s biggest stars are rallying together to support the LGBT community in wake of the Orlando gay nightclub shooting.

A slew of theater and Hollywood stars – dubbed Broadway for Orlando – will record a cover of Jackie DeShannon’s 1965 hit “What the World Needs Now Is Love,” and the track will be available for download on Monday. One-hundred percent of the proceeds from sales of the song – available to preorder for $1.99 on BroadwayRecords.com – will go to benefit the LGBT Center of Central Florida.

SiriusXM Radio host Seth Rudetsky and his husband, producer James Wesley, decided to organize the benefit single – which was inspired by the 1985 charity track “We Are the World” – on Monday morning and moved quickly.

“The Broadway community was so terribly shaken and devastated by the horrific tragedy in Orlando. Everyone wanted to do something as quickly as possible that would truly make a difference,” said Rudetsky. “On Monday, my husband James woke me up at 7:30 a.m. and suggested we rally our friends and colleagues to do a ‘We Are the World’-type recording and raise money for the victims and their families. We started making calls, and suddenly we had tons of theater actors along with an orchestra and the services of a fully-staffed recording studio, all willing to donating their time and talent.

“Our community of artists has banded together as we always do to show we can end this cycle of violence and intolerance. Love WILL prevail!

The formation and release of Broadway for Orlando comes just days after the shooter, Omar Mateen, entered the Pulse nightclub in Orlando, opening fire, killing 49 and injuring 53 on Sunday morning.

Sunday night, theater stars honored the victims and their families at the 70th annual Tony Awards in New York City.

Host James Corden addressed the tragedy – the deadliest mass shooting in United States history – when he opened the show, saying: “All we can say is you are not on your own right now, your tragedy is our tragedy. Theater is a place where every race, creed, sexuality and gender is equal, is embraced and is loved. Hate will never win. Together we have to make sure of that … Tonight’s show stands as a symbol and a celebration of that principle.”

And the night’s biggest winner, Hamilton writer-lyricist-star Lin-Manuel Miranda, used his tear-jerking speech as a platform to promote love and acceptance.

“When senseless acts of tragedy remind us that nothing here is promised, not one day, the show is proof that history remembers we lived through times that hate and fear seem stronger,” he said. “We rise and fall and light from dying embers, remembrances that hope and love last longer and love is love is love is love is love is cannot be killed or swept aside.” 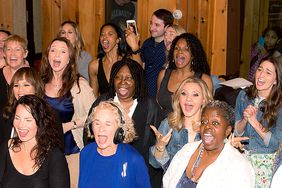 Broadway Stars Release 'What the World Needs Now Is Love' Cover for Orlando, Will Perform on NBC's 'Maya & Marty' 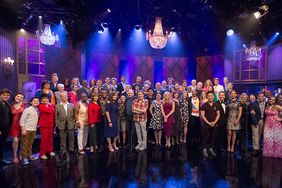 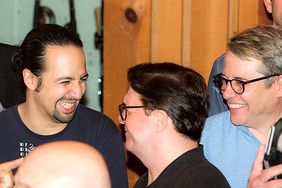 Inside Broadway for Orlando: A PEOPLE Reporter Goes in the Recording Studio with Lin-Manuel Miranda, Sarah Jessica Parker and More 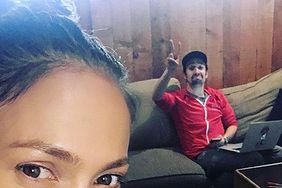 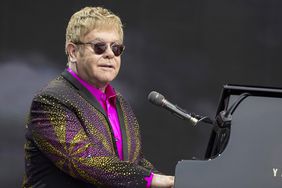 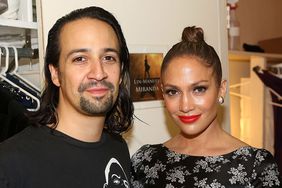 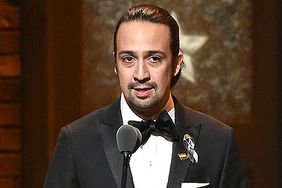 Lin-Manuel Miranda Breaks Down While Honoring Orlando Victims with Sonnet at Tonys: 'Love Is Love Is Love' 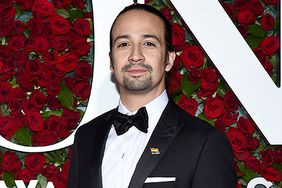 Lin-Manuel Miranda on His Tearful Tonys Speech: 'Beautiful and Horrible Things Exist at the Same Time' in This World 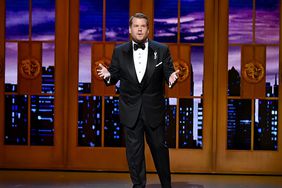 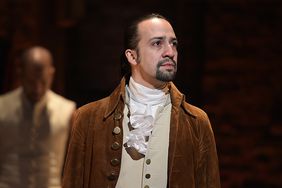 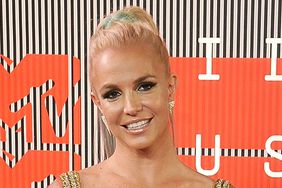