Spears tantalized at the Billboard Music Awards, performing a medley of her greatest hits – and hearkening back to the days of a girl named Lucky.

The star kicked off her performance with “Work, Bitch” and went right into her hit “Womanizer” after ripping off her jacket to reveal a skimpy, sparkling outfit.

Wiz Khalifa was seen standing up for her rendition of “I Love Rock N Roll” and Zendaya sang and danced along in the audience to “Toxic,” which was the final song in Spears’ performance (which also included her other hit songs “Breathe on Me” and “I’m a Slave for You.)”

The 34-year-old was awarded Billboard‘s Millennium Award, a trophy previously given to the likes of Beyoncé and Whitney Houston.

Ahead of the performance, Spears shared rehearsal photos on Instagram, posing amid a large group of male and female dancers.

Last year, Spears performed song “Pretty Girls” with Iggy Azalea in Las Vegas at the awards, taking the stage in a latex and mesh black bodysuit. 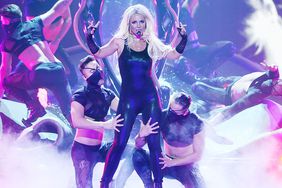 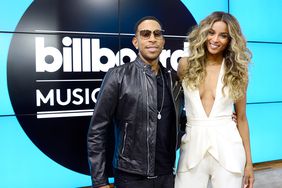 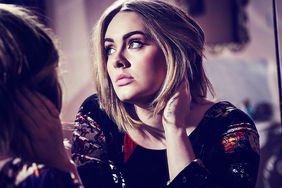 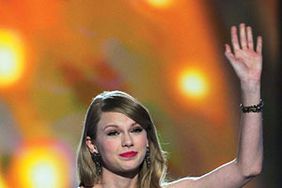