The Real-Life 'Big Short' Bankers: Where Are They Now?

In late 2007 and 2008, the global economy experienced the worst financial crisis since the Great Depression of the 1930s. In 2010, The Blind Side and Moneyball author Michael Lewis wrote a book about it, The Big Short, based on insiders who predicted the events that spun the financial world into chaos.

Many of the film's subjects — who accurately predicted the crisis and made fortunes — are still legends in the financial world. Here's a look at the real-life players behind the award-winning story and where they are now.

Dr. Burry remains CEO of the company he founded, Scion Asset Management, which is featured in the film. The seemingly prophetic figure is the only individual featured in Lewis' book and the film who allowed the filmmakers to use his real name. Regarding the ominous last frame of the film before the credits, which reads, "Michael Burry is focusing all of his trading on one commodity: Water," Burry says his position is not as foreboding as it sounds.

"Food is the way to invest in water," Burry told New York Magazine. "That is, grow food in water-rich areas and transport it for sale in water-poor areas. This is the method for redistributing water that is least contentious, and ultimately it can be profitable, which will ensure that this redistribution is sustainable. A bottle of wine takes over 400 bottles of water to produce — the water embedded in food is what I found interesting."

Hedge fund investor Eisman currently works alongside his parents, Elliott and Lillian Eisman, as managing director of the Eisman Group, an asset management group within the larger financial consulting firm the Neuberger Berman Group. In 2011, Eisman left the fund featured in the book and film, FrontPoint, after the co-portfolio manager of the firm's healthcare strategy was accused of insider trading. Eisman's current outlook on our financial future is not as grim as what Carell portrays in the film.

"If you read the newspapers, sometimes it feels like it could happen again, and from where I sit, that's just not true," Eisman told The Globe and Mail. "The regulators learned the hard way they were wrong, and they've done a lot to correct a lot of the problems. The banking system probably hasn't been this safe in my lifetime."

Eisman also says that while he respects Carell's portrayal, it's not 100 percent accurate: "Eliminate my sense of humor and make me angry all the time, and that's the portrayal."

As he is portrayed in the film, Lippmann was a top trader at Deutsche Bank but left to start his own hedge fund, LibreMax Capital, in 2010, where he works as its Chief Investment Officer. According to Bloomberg, the fund is focused on "a range of complex debt securities," and has reportedly been profitable since its inception. Lippmann plans to launch a new fund next year. No word on what he thinks of Gosling's performance — or that perm.

True to Pitt's slightly paranoid, stand-offish portrayal in the film, Hockett remains steadfastly off the grid. "[He] has a home you can't access by car in case of Armageddon," Pitt told Vulture. "I love that."

Interestingly, the site of Hockett's final multi-million dollar trade, the Powder Monkey pub in the Exmouth area of Devon, England, has made headlines because the local establishment's reliable Wi-Fi played a major role in the book and the film. The pub's staff had no idea about their crucial part in the tale until recently.

"He must have gone about his business quietly as we have no way to distinguish him from any other customer in that period," one employee told the UK's Western Daily Press. "It is quite a shock to hear about our part in the story to be honest — but it is very exciting." 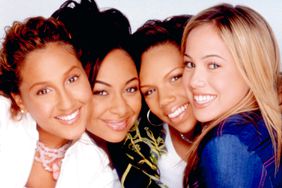