Sidney Poitier was unable to attend the BAFTA Awards on Sunday night due to health concerns, so his BAFTA came to him.

Poitier, 88, received the night’s lifetime achievement award, the BAFTA Fellowship, but due to his age and health, the actor couldn’t travel to London to accept the award.

According to BBC, the actor’s health advisors have recommended he “refrain from transatlantic travel at this time.”

So instead, Jamie Foxx was on hand at the legendary star’s Los Angeles home along with Poitier’s daughter Sydney Tamiia Poitier to present his award.

“Today my cup runneth over because I am here with my daughter and the future filmmakers of the world in celebration of this wonderful art form,” Poitier told the BAFTA audience via video.

“To my family, my life force, I am nothing without you. And all of you, thank you for your warm embrace and this extraordinary moment and memory I shall cherish.”

The award is given to individuals as recognition for their outstanding contribution to film, television or games. Throughout Poitier’s career, he has received six BAFTA nominations, including one win, and a British Academy Britannia Award for Lifetime Contribution to International Film. He became the first African-American to win the Best Actor Oscar in 1964 for Lilies of the Field, and was awarded a honorary Oscar in 2002 for his groundbreaking career.

Poitier joins the likes of Charlie Chaplin, Alfred Hitchcock, Steven Spielberg and more who have won the BAFTA Fellowship in previous years. 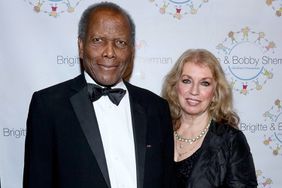 Inside Sidney Poitier and Joanna Shimkus' 46-Year Marriage: 'We Were Just Destined to Be' 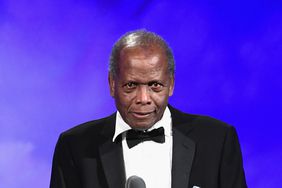 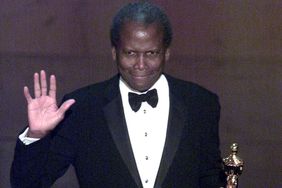