Aretha at Grammys: Not Feeling the R-E-S-P-E-C-T

When Beyoncé and Tina Turner hit the Grammy stage for their high-octane duet on Sunday, most observers were left in awe. But the woman known as the “Queen of Soul” was left in a state of dismay over Beyoncé’s introducing Turner as “the Queen.”

Clearly offended, Aretha Franklin says in a statement, “I am not sure of whose toes I may have stepped on or whose ego I may have bruised between the Grammy writers and Beyoncé, however I dismissed it as a cheap shot for controversy. In addition to that, I thank the Grammys and the voting academy for my 20th Grammy and love to Beyoncé anyway.”

There was no immediate comment from Beyoncé or the Recording Academy. 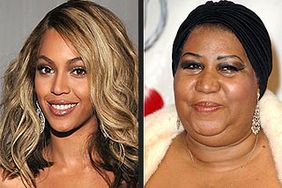