Anne Hathaway Had No Time to Be Nervous

During the Oscar show, Prince Charming – in the guise of host Hugh Jackman – swept Anne Hathaway into his arms. And, afterwards, she went to the ball.

The Academy’s Governors Ball, that is, immediately following the Sunday night ceremony in the Kodak Theatre. The evening was so rich that the Rachel Getting Married Best Actress nominee, 26, told PEOPLE she had a hard time singling out a favorite moment.

“There’s so many,” she said before quickly amending her answer to, “I’d have to say being in Hugh Jackman’s arms and him carrying me on stage!”

Their number, part of a satirical musical salute to the nominated movies – in this case, Frost/Nixon, with Hathaway as the former president – was rehearsed for “about a week,” she said.

“I didn’t really have that much input for what went into it. They just said, ‘Show us what you got, and we’ll work around that.’ I’m a theater-trained actress, so that kicked in for the singing.”

As a matter of fact, she hit a very high note.

“I think I was nervous for that performance and nervous about the nomination that the two just canceled each other out,” she said. “But when you have a job to do, you just have to do it well – no time to be nervous.”

As for being presented during the ceremony by former Best Actress winner Shirley MacLaine, 74, Hathaway said: “That was so, so special. Just really touching. Could you tell? I was crying and visibly overwhelmed. As such a powerful actress as she is, that she would say something like that to me, I felt so honored.” 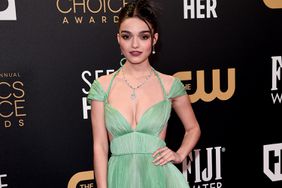