Gentle-spirited, soft-spoken, a child of the ’60s with her dangling earrings and ethnic vests, Terry Blackhawk sits with the high school poets gathered in Detroit’s State Theatre and reads an affectionate lyric about her declining 76-year-old father: “You’ve lost night vision…. You confuse alleys, driveways.” The students listen and sympathize, then bend to create their own father poems. Within 15 minutes, Joshua Bonds, 16, has his. He remembers playing baseball and building “link-a-log” houses with his dad, but soon the boy is inveighing against the man who sired and later left him, asking: “What happened Papa? / Was it something I said / did / became?”

Joshua’s peers clap and cheer, call out favorite lines from his poem—and clamor to read their own. It is clear the kids have very different takes on fatherhood from Blackhawk, 53. No matter. They have been opened up by her. “I like writing. I like poetry,” says Randaile Hughley, 18, a senior at Henry Ford High School. “And Dr. Blackhawk makes it all come alive.”

This year some 1,200 Detroit teenagers will take part in InsideOut, a creative writing program started by Blackhawk in 1994. Her idea is to help budding poets blossom by placing professional writers in 17 of the city’s public schools to guide, encourage and even celebrate self-expression. “You want writers with passion who can engage students—get them passionate too,” says Blackhawk. Supported by corporate and private donations, InsideOut also publishes an elegant-looking literary magazine at each of its schools. These journals contain “the best student writing I’ve ever seen,” says Robin Reagler, who heads the highly regarded Writers in the” Schools program in Houston.

“Poetry reaches kids like few other things do. The feelings just come out,” says Blackhawk, who taught English for 28 years before retiring in 1996 to concentrate on InsideOut. “Plus, it’s a wonderful foundation for all writing—you learn to distill thoughts, to choose just the right word to capture the experience.”

The published student works are filled with teenage urban angst. They express anger at siblings who smoke “weed,” and they warn friends not to get pregnant (“Girl, don’t go and have no / Baby by no sorry man”). They talk about feeling different (“I am utterly alone. / The world is / a cold shoulder”) and dilate on adolescent love, often with charm and humor (“Have you seen my heart, / the one you stole a couple of years ago? / Well, I would like it back”).

The oldest of four children, Blackhawk remembers her own youth as a sort of movable feast. Her father, Ben Bohnhorst, was a much-traveled professor of education; her mother, Marie, 75, a pianist. There was little money, but loads of culture. “The piano followed us wherever we moved,” says Blackhawk.

Terry began teaching English in 1968, after graduating from Antioch College—and two years before marrying Evan Blackhawk, a former clinical psychologist who now sells rare books out of their Tudor-style house in Detroit’s Rosedale Park. Their son Ned, 27, is a Ph.D. candidate in history at the University of Washington. Blackhawk took up writing poetry herself several years ago, when she was already teaching it to her students. “I thought, ‘If I’m asking them to do this, I should have the same experience myself,’ ” she recalls. “I fell in love with it. I became a poet. It’s who I am.”

Blackhawk, whose first book of poems is set to be published next year by Michigan State University Press, has not given up teaching altogether. She still works with students two days a week at Henry Ford High. “Our teachers are struggling to fit in all the basics,” says Henry Ford English-department head John Aldrich. “Without Terry, I couldn’t offer a class in creative writing or poetry. Terry Blackhawk is a gift.”

Students agree. Just ask Joshua Bonds. The junior juggles a 41-hour workweek, making sure his shifts at Eddie Bauer and McDonald’s don’t keep him from taking part in Black-hawk’s Citywide Poets, an after-school offshoot of InsideOut. “I can always work weekends, other school nights,” says Joshua. “I want to be a writer. So this is an opportunity. I have to take. Poetry is my future.”

Vonnegut, Roth and Irving Found Inspiration with Paul Engle in Iowa; So Did His Wife, Hualing

At 57, 'Beatnik' Ferlinghetti Goes Back Underground 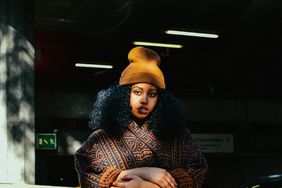 Who Is Warsan Shire? 5 Things to Know About the Poet Who Inspired Beyoncé's 'Lemonade' 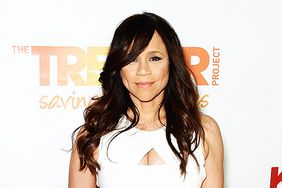 Rosie Perez: 'Why I'm So Invested' in Arts Education