The Times They Are A-Changin'

There’s an unwritten rule among Broadway choreographers — or there ought to be: If you bring in a trampoline, you’ve already lost. Worry, then, when I tell you that The Times They Are A-Changin’, Twyla Tharp’s feverish, utterly wrongheaded attempt to congeal the gestalt of Bob Dylan into interpretative dance, could and perhaps should be titled Hey, Mr. Trampoline Man!

Four years ago, Tharp fused dance, Vietnam, and Billy Joel in Movin’ Out, a Tony-winning experience both monstrously preposterous and enormously propulsive. Joel’s heart-on-sleeve literalism was energized, even ennobled by Broadway; but Dylan’s cryptic poesy is mostly debased: Tharp has, literally, sent in the clowns.

Yup. Clowns. Unlike Movin’ Out, in which one band-backed vocalist narrated while dancers sketched the plot, Times blends song and story, dancers and singers, into something inscrutable…yet conventional. Captain Ahrab (Thom Sesma) is a tyrannical small-time ringmaster who bears a striking resemblance to both the present-day Dylan (probably intentional) and Beetlejuice (probably not). Ahrab — his name derived from ”Bob Dylan’s 115th Dream” — abuses his clowns (the dance chorus), his son Coyote (Arden), and his animal trainer, Cleo (Brescia). Eventually, they revolt, then learn to live with the bloody consequences. It’s like an obtuse, joyless Pippin. But with a dog (Jason McDole). A very distracting dog.

Tharp may cherry-pick key Dylan words and phrases for inspiration, but she clearly has no choreographic bond with his music: Why else import an entire clown concept under cover of a couple lines from ”Like a Rolling Stone” (”You never turned around to see the frowns on/The jugglers and the clowns”)? Her grasp of Dylan is purely semiotic, and the harder she grips a single word or image, the more he slips through her fingers. The actors take a similar approach to decoding their songs, with cockeyed results: Coyote and Cleo pussyfoot coyly through ”Lay Lady Lay,” the most languorously libidinous moment in the Dylan canon. The windblown sparseness of ”Don’t Think Twice, It’s All Right” becomes drippy Broadway balladry. And as for ”Mr. Tambourine Man” — well, William Shatner was ahead of his time.

The singers ham for their lives, and the dancers (this is a dance show, right?) hardly register. In her eagerness to cram the stage with ideas, Tharp shows an amazing ability to occlude her own choreography. During ”Desolation Row,” she drops a contortionist into the mix; watching him writhe, we feel nothing so much as Tharp’s agonized desire to earn Dylan, transcend the literal, and touch the frowsy hem of infinitude. Instead, she just gets tangled up.

A Time to Star

A Time of Trial

In a Time of Need

A Time for Heroes

No Time to Wait

A Time to Dance

A Time of Heal

A Time to Remember

No Time to Lose 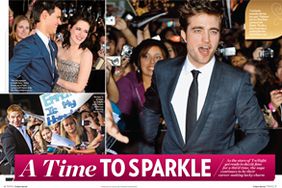 A Time to Sparkle 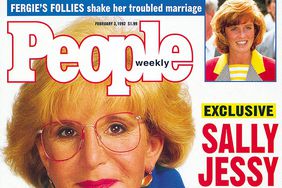 A Time of Trial