Stardom Was a Catch-22 for Alan Arkin, but His Wife and a Guru Helped Beat the System

“He puts something in a pot, he goes off and plays his saxophone, he comes back and stirs, he shuffles off to do something else. Suddenly a soup will appear.” This is actor-director Alan Arkin cooking, as described by his wife, author-actress Barbara Dana. The words speak not only of their serene, shoes-off life-style (their sprawling house in Chappaqua, N.Y. is heated through the floor) but also of her own powers of observation.

Arkin, 44, and Dana, 38, may be the calmest creatively busy people on earth. His last film was 1976’s The Seven-Percent Solution, but by July he will have wrapped three movies in 12 months. The first to appear will be The Magician of Lublin, an Isaac Bashevis Singer story that Barbara helped adapt for the screen. Just finished is The In-Laws with Peter Falk, and in the works is Simon, a sci-fi comedy directed by Woody Allen disciple Marshall Brickman.

Although Dana has appeared with Arkin in five films (including a bit part in The In-Laws), three plays and a series of Sesame Street spots (they played a couple teaching cooperation), she is now concentrating on writing. She published two children’s books before her current Crazy Eights, a kind of Catcher in the Rye with Holden Caul-field turned into a ’70s teenage girl. Though the book jacket does not identify Dana as Arkin’s wife, the novel’s 14-year-old heroine carries on at one point about her favorite actor: “Offbeat, something like Alan Arkin. Simple with a complex overlay, rough, but gentle. Cute.” In another passage she grouses, “When is Alan Arkin getting the Oscar he deserves?” Arkin was sheepishly pleased by the public display of affection: “I’m embarrassed. I think it’s sweet.”

He and Dana met in 1963. Alan, a hot young stage property who’d just been cast for the lead in Enter Laughing on Broadway, was asked to inspect the candidates to play opposite him as a nice Jewish girl from the Bronx. Arkin, a nice Jewish boy from Brooklyn, took one look at Barbara’s classic bone structure and dark-honey hair and fell in love. He also said he did not think she was right for the role. She got it anyway. (“I’ll never live that down if we’re married 50 years,” he sighs.) They dated for eight months during Enter Laughing while Arkin, who had just ended a four-year “difficult marriage,” more often made Barbara exit weeping. “I put her through the wringer,” he says. “She’d cry. I’d feel guilty and say what a beast I was.” When she accepted a 10-month road tour with Who’s Afraid of Virginia Woolf?, Arkin “created a scene. I thought it was her way of breaking up.” Alan’s son Adam, who was 6, kept calling Dana before she left to invite her to the movies. “Then he’d ask me to come along,” Arkin says innocently. “He got us back together.”

Alan was “intimidated by her fancy old family” (he is the son of a draftsman, she is a descendant of Longfellow and author Richard Henry Dana); her parents were simply nonplussed by him. After a 1964 wedding at the Ethical Culture Society, Nathan’s of Coney Island catered the hot dogs and beer reception at the Dana family’s posh Manhattan address. “I had led a very sheltered life,” she says. “I was 23, hardly ready to get married. But I was fascinated by him. I wanted to be with him all the time.” Says Arkin, “I married her because I really trusted her. There was no deceit of any kind in her.”

His dowry was his two sons, Adam and Matthew, by that time 7 and 4. “The three of them were so cute,” says Barbara, “I felt like Wendy in Peter Pan.” Three years later she bore him a third son, Tony, now 11. He already says he wants “to be an actor, a director, a writer—the whole kit and kaboodle.” Adam, now 22, is an actor; he had a major role in the ill-fated TV series Busting Loose. Matthew, 19, a freshman at Wesleyan College in Connecticut, is interested in international law.

The dramatic tradition is strong on the Dana side. Barbara’s father wrote radio mysteries, and her late mother, Mildred Ferry, was an actress until her marriage. Barbara grew up in and around New York City, planning to be either “an actress or a cowperson,” dropped out of fashionable Dalton School “because it was too geared toward college prep” and finished at a private theatrical high school, where classmates included Tuesday Weld, Carol Lynley and Sandra Dee. “As an actress,” she says, “I never struggled. I did summer stock at 17, Off-Broadway, soaps and lots of drivel.” Enter Laughing was her first Broadway play.

Arkin, at 5, told friends: “Let’s put on a circus. I’ll be everything.” His family moved to Los Angeles soon afterward, which, he says, “is why I don’t live there now.” After public high school Arkin dropped out of three colleges, including Bennington. “They might have thrown me out,” he says. “I don’t remember.” He ended up in Chicago’s Second City improvisational troupe, then snagged a Tony for Enter Laughing. After their marriage, Alan did another stint with Second City, and Barbara joined up too. The need to improvise rattled her; she was used to scripts. She recalls it as “Panic! I must have quit about 10 times. I was terrified, but I loved it. We had 14 critics in and got 14 rave reviews.”

It wasn’t until he played the Soviet submariner in The Russians Are Coming, The Russians Are Coming in 1966 that Arkin gained national recognition. “I was excited and jealous,” says Barbara, “because I always wanted to be a big star. But we learned quickly that stardom is only stardom. Living a life and being happy is something completely different.”

He was Yossarian in Mike Nichols’ Catch-22, and by the time Arkin and Dana made Popi together in 1969, Alan was “a big star and very miserable.” He noticed that his stand-in was “brilliant and happy, the man everybody gravitated toward.” The actor turned out to be a guru who taught Agni yoga, a variation that requires no exercises and maximizes meditation. “It’s the least mysterious thing in the world,” says Arkin. “It’s just so simple that it’s hard for people to accept.” Both had been in analysis but stopped. Arkin has now been studying with the guru (who pleads for anonymity) for 10 years, Dana for six. (Arkin’s book about Agni is due out in the fall.)

“I got interested in Alan’s growth and change,” Dana explains about her own conversion. “He’s always worked hard, but he used to be restless and intense and concerned about his performance. The meditation takes away the letdown. The creative energy never goes out.”

It had better not. While Alan makes movies, Barbara studies ballet and takes jazz dance lessons, mothers Tony, sings, leads a meditation group and worries “that when he’s gone he doesn’t miss me enough.” At night they write songs (three children’s records so far) and work on their books and screenplays. “Alan paces back and forth, I write longhand, and Matt cleans up the spelling,” Dana says. A night out is a movie in Chappaqua and a meal at the local diner. “We’re not gregarious,” says Barbara. “Not part of the community.” Arkin volunteers a formula for the success of their 15-year marriage. “We analyze a lot of things,” he says, “but nothing that’s working.”

Catch-2: Author Joe Heller Remarries; This Time It's the Nurse Who Brought Him Back to Health

Until He Found the Key in Meditation, Hollywood Was a Prison for 'Brubaker' Star Yaphet Kotto

Divorced from the Mob

Broadway Stardom? That's Fine, but Estelle Parsons Would Rather Take a Hike 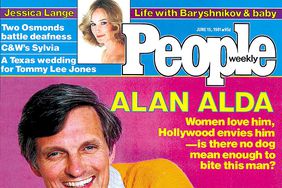 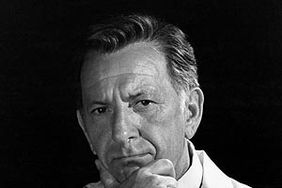