Toby Keith just couldn’t help himself. Moments after winning album of the year at last month’s Academy of Country Music Awards in Los Angeles, the Oklahoma-born singer-songwriter, who was also named top male vocalist, kidded the audience, “How do you like me now?” True, that happens to be the title of his latest platinum-selling album. But wasn’t such cheek a bit unseemly?

As Keith, 39, sees it, he has earned the right to gloat. After all, he says of the ACMs, “I’ve had my heart broke going seven years without winning.” After the May 9 telecast “everybody who had ever done me right got hugged and kissed,” he says, “and everybody who had done me wrong got the finger.”

You might not guess from Keith’s swagger—much less his 6’4″, 240-lb. frame—that “this big, rough country boy,” as his friend Mark Miller, lead singer of Sawyer Brown, describes him, “writes these very sensitive, beautiful love songs,” including his last hit single, “You Shouldn’t Kiss Me Like This.”

“Most people think he is just the most romantic person on the planet,” says his wife, Tricia, 38. “He has his moments of charm. It is nice to get a bouquet of flowers, but I’ve told him, ‘Save the money. Roses die in five to seven days. Buy me an outfit or take me to dinner.’ ”

These days Keith can afford the flowers, the food and a whole lot more. With 11 No. 1 hits over the past eight years and a net worth estimated at $10 to $25 million, he owns some 40 Thoroughbred race-horses and a 160-acre farm outside Oklahoma City, where he is building a new 8,500-sq.-ft. home for Tricia and daughters Shelley, 20, a University of Oklahoma sophomore, and Krystal, 15, and son Stelen, 4.

More than ever before, family is Keith’s focus. Though he has been in Nashville lately working on a new album, he says, “it’s really hard for me to leave my kids since my father passed away.” His father, H.K. Covel, a retired oil-company executive, died at 64 of a heart attack on March 20, while driving near the Moore, Okla., farm where he and wife Joan, 60, a homemaker, raised Toby, brother Tracy, now 36, and sister Tonni, 38. “He went quick and the funeral was one fit for a king,” says Keith. “And I haven’t shed another tear. I look at it like this: He raised a strong man, and I’ve got to take over [the family] now.”

Toby Keith Covel began asserting himself early. Growing up on the Eagles, Willie Nelson and Merle Haggard, he taught himself the guitar and was writing his own songs as a teen. “I wrote 200 to 300 songs, and then I wrote a good one,” he says.

But after graduating from Moore High School in 1979, he decided to follow his father’s career path—doing “typical roughneck stuff,” he says, as a $50,000-per-year oil-field worker—playing local bars with his band Easy Money in his off hours. At one club he met Tricia Lucus, an oil-company secretary. “I was 19 and he was 20,” she says. “He was just one of those larger-than-life guys, full of confidence.” They dated for three years before marrying in 1984.

By then, recalls Keith, “the oil fields went bust. I started concentrating on my music.” He and his band began playing regional gigs full-time, while he and Tricia juggled creditors and raised a family. “He’d say, ‘Trish, one of these days, my time is coming. Hang in there,’ ” says his wife.

That moment arrived in 1993, when Keith’s self-titled debut album went platinum. And its breakout single, ” Should’ve Been a Cowboy,” became the most-played country song of the ’90s. But the awards eluded him. “It just made me fight harder,” he says. Now with his two ACM trophies, Keith waxes philosophical about his long uphill climb. “You get too popular, people get tired of you being on top,” he says. “I’ve never had that superstar status. So my candle hasn’t burned out.” 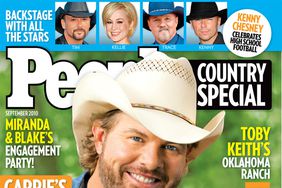 Toby Keith's Home on the Range 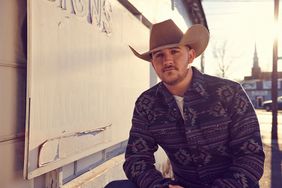 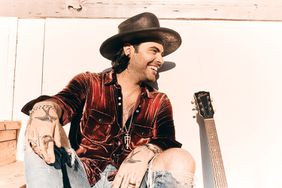