Smiles come as easily as harmonies to country-rock damsel Emmylou Harris. But her smile turns sheepish during the 25-cent tour of her expansive, three-story home in Encino, Calif. It’s the pool. She looks away and points back to it as if referring to a large mistake. “It, ahhh, well…it came with the house,” she says as a faint blush rises in her cheeks. “We hardly ever use it,” she defends. Then realizing she is being a little silly, she jokes, “We just borrowed it from the neighbors for a few days.”

In a business crowded with self-actualizers, loudmouths and apostles of conspicuous consumption, modesty becomes Emmylou. She no longer has to pinch herself to make herself believe it all, but one has the impression she believes stardom a Halloween treat that could easily become a trick.

All of that—and the voice of a gingham angel—have made her, at 35, a sweetheart of both fans and the Nashville music establishment. She’d have to go on Johnny Carson and say something crude about Kitty Wells or run down George Jones to alienate her following. But she loves country as much as it loves her. “I never thought in a million years that I’d get played on country stations,” she says earnestly, “or get to sing with Tammy Wynette.”

In the best Tammy tradition, too, Emmylou stands by her man. He is producer Brian Ahern, 37, the aural craftsman who helps create and refine her purist strain of country. In between stints fashioning successful works for Johnny Cash, Jesse Winchester and fellow Canadian Anne Murray, he has produced, arranged and played guitar on nearly all of Emmylou’s records, including her new live concert album, Last Date. Harris gives him much credit for Boulder to Birmingham, Together Again and other hits she’s had. “A singer is just a singer until your voice is captured with just the right nuances and transferred to disc,” she says. He’s no less enthusiastic about her contributions: “She has integrity—she’s one of those stars who won’t budge.”

Judging budging, of course, is what the producer/artist relationship is all about in a recording studio. “There’s no way to eliminate the natural friction that exists, but when Emmy and I have disagreements, it’s always negotiable,” he says. She succinctly sums up the process another way: “He tells me when I am screwing up, and I tell him when I want something different.”

“You wouldn’t exactly pick them out as a couple at a party if you didn’t know them,” observes an old friend, “but they are well matched.” She is chatty, funky-but-fashionably attired and extraverted. He is a large man (6’1″) with wild curly hair and a curly beard, and shy. She plays for crowds of 5,000. It’s a struggle to get him out to a dinner for eight. Even their tempers are salt-and-pepperish. “If I lose my glasses or miss an appointment,” confesses Emmylou, “I freak out. Brian is very cool. We do not have arguments. I have arguments and he listens.” Harris adds that she “was the kind of kid who hated spending money. I remember getting a $2 food allowance on a class trip and eating bread and butter so I could spend it on something else. But Brian appreciates fine things.”

The relationship started nearly eight years ago when Warner Bros, talent scout Mary Martin invited veteran producer Brian to come hear a new singer the label was considering. He recalls, “Besides being visually very appealing, Emmy was in control of her band. That impressed me. I didn’t want some namby-pamby singer.” She was still in shock from the loss of her mentor Gram Parsons, the country-rock pioneer who died suddenly of a heart attack at 26 in 1973. “Until I met Brian I thought producers were just a necessary evil you had to put up with.”

Their first project, an LP entitled Pieces of the Sky, was both a critical and commercial success. Soon their relationship blossomed into a personal one. “You know how those things happen,” says Brian. Both were divorced, both had daughters and both loved country music. They wed during a January 1977 blizzard in Halifax, Nova Scotia, his hometown.

Ahern’s family ran a hobby business. (“We had great train sets,” he says.) He was given his first guitar at 12 when he was hospitalized with severe asthma. While studying commerce at St. Mary’s University, he landed a musical director’s job on a Canadian TV teen show. There he met a young phys-ed teacher, whom he finally nudged into the studio to record. She was Anne Murray, and their first smash was 1970’s Snowbird. He went on to produce 11 albums with her. He moved to the U.S. in 1974 to produce Emmylou.

She was born in Alabama but raised mostly in Virginia, where her Marine pilot father was stationed. After dropping out of drama studies at the University of North Carolina at Greensboro, she headed North to explore the folkie boom in New York’s Greenwich Village. Eventually she returned to the Washington, D.C. area, which had a more countrified music scene, and there met Parsons. He asked her to become the first sister of his Flying Burrito Brothers band. To her dismay, it broke up the following week. But she went on to sing backup on Parsons’ two solo LPs, while also tending little Hallie, her daughter from a failed marriage to a songwriter she doesn’t care to name.

Though now a homeowner—she and Brian call their Encino place “Camp Pretentious”—Emmylou still has a wanderlust that she satiates frequently with long stretches of international concertizing. Brian likes to stay close to Los Angeles, the better to watch over the children and their state-of-the-art recording studio, called Happy Sack Productions. She collects friends and great songs, while Ahern accumulates what he calls “art grotesque.” Among his prizes are a set of bloated bullfrogs playing musical instruments and a carved rabbit’s head (a gift from Emmy) that sits moose-style on the mantel. “Few people know it,” says Harris, “but Brian is a jokester.” Open their refrigerator and a squawk box begins shouting, “Are you eating again! Look at yourself! Do yourself a favor. Shut the door!”

Dieting happens to be another thing the couple share. Both have been on the Cambridge weight-loss program (see story, page 129) and have formed a Cambridge Anonymous with friends they can call for encouragement any time of day or night. Ahern has lost 20 pounds over a month and Harris took off 10 in two weeks. “I dreamed of potato salad,” he says with a laugh.

Their primary bond, though, is their children. Until recently they endured some fairly stormy family weather with an uncomfortable step-parenting arrangement that spurred competition between Emmy’s Hallie, now 12, and Brian’s Shannon, 15. Says Ahern: “With Emmy being on the road a lot it was tough being both parents.” Three years ago daughter Meghann was born and tensions eased noticeably. “She gave us all something in common and brought out that natural protective urge everyone has,” says Brian.

Professionally, Harris and Ahern are trying to buck the music biz slump. That means more traveling for her and long days in the studio for him. But both hope that some day they’ll be able to leave the “transient” L.A. scene and move to Canada, where they already have an estate picked out.

In the meantime, Emmylou is the kite and Brian the anchor. She looks the country Kewpie doll part with her knee-length boots and tight jeans. He eschews all country affectations. “I don’t wear cowboy boots because I don’t ride,” he says. “I don’t dog cows in the dust, so I don’t need a bandana and I’m not out in the sun much, so I don’t need a cowboy hat.” 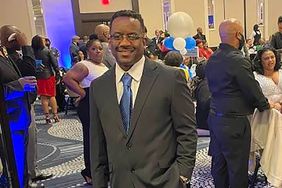 Winnin' Don't Feel Like Sinnin' to the Kendalls Now 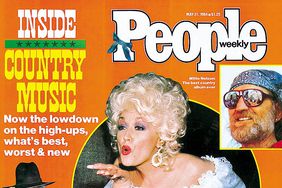 The Song Is Over for 'Mr. and Mrs. Country Music'