Picks and Pans Review: Indiana Jones and the Temple of Doom

For its first hour this much-anticipated film, directed by Steven Spielberg from a story by George Lucas, is a worthy sequel to 1981’s mega-smash, Raiders of the Lost Ark. It opens with Kate (A Little Sex) Capshaw singing Anything Goes, mostly in Chinese, at a Shanghai nightclub in 1935. Harrison Ford—returning as the superintrepid archaeologist Indiana Jones—is among the listeners. Soon a wild, colorful brawl ensues. Capshaw, Ford and their hench-boy—played charmingly by Ke Huy Quan, 12, the son of Vietnamese refugees—flee via roadster, trimotor plane, life raft and elephant. By this time they’re in a drought-stricken Indian valley, embroiled in a search for a sacred stone. All the verve, wit and happily cartoonish imagination that made Raiders such a triumph seem to be back. But what then follows may be the most unconscionable 45 minutes in movie history, a relentless, tedious stream of graphic brutality. Children are whipped and kicked. One sacrifice victim’s heart is torn out of his chest and then—somehow still alive—he is very slowly deep-fried in a pit of molten something-or-other. People are chained, shot, ground up, crushed, stabbed, poisoned, thrown to crocodiles, clubbed, attacked using voodoo dolls, bounced off rocks, drowned. This is all depicted in the most detailed, sadistic way. It is an astonishing violation of the trust people have in Spielberg and Lucas’ essentially good-natured approach to movies intended primarily for kids. If they had set out to prove that they could get away with anything—insult the intelligence of viewers and literally make them sick—they couldn’t have done it more effectively. Ford is his usual laconic self. When he drinks a trance-inducing drug, it’s all but impossible to tell if it’s working, since there’s so much trance in his basic acting style. While Capshaw is attractive, her character is almost all helpless-dumb-blonde; she isn’t allowed to develop any of the sexy spunk Karen Allen showed in Raiders. Weak acting and undeveloped characters are the least of this film’s problems, though. The ads that say “this film may be too intense for younger children” are fraudulent. No parent should allow a young child to see this traumatizing movie; it would be a cinematic form of child abuse. Even Ford is required to slap Quan and abuse Capshaw. But then there are no heroes connected with this film, only two villains; their names are Spielberg and Lucas. (PG)

Who's That Woman in the Summer's Smash Movie with What's-His-Name? It's Newcomer Kate Capshaw

Picks and Pans Review: Indiana Jones and the Temple of Doom 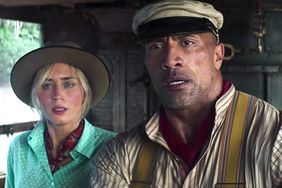 Picks and Pans Review: Indiana Jones and the Last Crusade

Picks and Pans Review: Indiana Jones and the Last Crusade

Picks and Pans Review: The Temple of My Familiar

Picks and Pans Review: The Temple of Low Men

Picks and Pans Review: The Temple of My Familiar

Picks and Pans Review: 10. The Temple of My Familiar