East Los Angeles was a heady place last Sunday. The barrio was pulsing with excitement. A helicopter roared overhead, shooting aerial photos, even as awestruck tourists rubbernecked from their vehicles along East Hubbard Street and TV crews jockeyed to interview the locals. “Here is where he tried to get the girl,” said one proud resident into a TV camera. “Hey, man!” shouted the neighborhood wit, taking in the scene from the prospect of his porch. “Come interview me. He came to my house to use my bathroom!” Finally there was room for humor. The horror was past. The notorious “Night Stalker” was caught.

Even while his captors basked in the spotlight, about 400 miles to the north a woman instrumental in the arrest went unnoticed. Her name is Donna Myers, 43, and she lives in the front half of a drab, green frame duplex in San Pablo, a hardscrabble town north of San Francisco. For years Myers had probably been Richard Ramirez’s best friend, and she had helped to identify him for police. Yes, she admitted in a lengthy, exclusive interview, Ramirez had rotten, stained, gap teeth, just like the police description of the Night Stalker. Yes, she said, they had even joked about the resemblance in the weeks before his capture.

Tall, thin, sallow, except for his striking brown eyes, Richard Ramirez, 25, surely wasn’t much to look at. But if the police were right—”There’s no doubt in our minds we’ve got the right man,” said Orange County Sheriff Brad Gates—Ramirez had murdered at least 16 people and brutalized some two dozen more in a killing spree in the L.A. and San Francisco areas that started in February and ended August 31.

The Night Stalker played no favorites. He molested children, raped women of a variety of ages and murdered both men and women with guns and knives as well as with tire irons and sometimes just his own hands. Typically, he did his work between midnight and 6 a.m., sliding into darkened homes through unlocked doors and windows and attacking his victims as they slept. Police and press speculated about a connection between the Night Stalker and “satanic” rock music. Specifically they pointed out the words to Night Prowler by the heavy metal band AC/DC that were featured on their 1979 Highway to Hell album: “I am your night prowler, I sleep in the day./ I am your night prowler, get out of my way/…Too scared to turn your light out, ‘cuz there is something on your mind./ Was that a noise outside the window? Watch that shadow on the blind./ And you lie there naked, like a body in a tomb./ Suspended animation, as I slip into your room.” The grisly killings seemed certain to intensify the debate over the prevalence of sex, violence, drugs and Satanism in some current rock music (see following story).

California police say that the Night Stalker spray-painted a pentagram (a five-pointed star in a circle and satanic symbol) on interior walls in several homes he ravaged. He reportedly gouged out the eyes of at least one victim, a mutilation performed in some satanic rites. Authorities also say that in the Rosemead condominium, where on March 17 he murdered 34-year-old Dayle Okazaki, the Night Stalker left behind a baseball cap embroidered with the AC/DC logo. Ray Garcia, 27—a friend of Ramirez from El Paso, Texas, where both men grew up—said that he’s known Ramirez to paint a five-pointed star on the palm of one hand. Garcia confirmed that his one-time buddy was fascinated by AC/DC.

No one knew Ramirez better than Donna Myers. She says she met him six years ago when she went down to El Paso with Armando Rodriguez and Tony Reys, two friends from the San Francisco area. “I had a new car,” Myers remembers. “So we decided to take a trip to see Armando’s folks. Rick was a friend of Armando’s in El Paso. He had an accent, which was rather cute. He was heavier and he dressed nicer in those days. I thought he was a real nice guy.”

Ramirez had grown up in a quiet working-class neighborhood in El Paso. He was the son of a railroad worker who spoke little English, a Mexican national who obtained resident status by marrying an El Paso woman with whom he had five children.

By 1979, when Donna met him, Ramirez had already established himself as a minor social problem. He had been arrested for possession of marijuana. At age 14 in the ninth grade, he had dropped out of school, where he had been known as a loner. He made a different sort of impression on Ray Garcia. “We thought he was sick,” said Garcia. “He had this disease—everything would stick to his fingers. We called him Ricky the Klepto.”

Ramirez followed his friends back to California, where he joined the army of the homeless. Shuttling between L.A. and San Francisco, he slept in parked cars and alleys and, when he had the money, in flophouses. “We’d see him [in San Pablo] at least once a month,” says Donna. “He’d do his laundry and stay the day. He dressed in dark clothes, always dark clothes. He liked to eat junk food and yogurt—Pepsi and cupcakes and banana splits—and he never brushed his teeth. He carried a backpack and a small satchel. He had his clothes, vitamins and tapes in them. He always carried a Walkman tape player and wore a black baseball cap.” According to Myers, Ramirez would often bring stolen cars up to San Pablo. He specialized in Toyotas and Datsuns, for which he claimed to have a master key.

About a year ago Ramirez, always frayed, began to unravel rapidly. Myers says he started taking cocaine, and soon was dissolving it in water and shooting up. “He had cut marks, you know, tracks, running across his left arm,” she says. “He broke off a needle in his arm one day—that’s what he told me. He ran to the hospital and they cut the needle out for him. He got so hooked on cocaine he just got wigged out.”

Cocaine was only the half of it. In addition, says Myers, Ramirez was dipping heavily into devil-worship. “He really got into it. He drew a satanic star on the upper part of his arm. He drew a witch’s star in a circle on his stomach and wanted to get it tattooed on. He used palm readers. He would say Satan is a supreme being, like we worship God. He would tell me that Satan watches over him so he doesn’t get caught or get hurt.”

In the last months before his capture Ramirez started losing weight. It so alarmed him that he started drinking a weight-gaining concoction. He was, in effect, being attacked from within and without. His brain was getting softened by the cocaine (his sister Rosa claims Ramirez had epilepsy and also took the sometimes violence-inducing drug PCP), and at the same time was reprogrammed by the heavy metal lyrics of AC/DC and Judas Priest.

Myers says she knew her friend was breaking into people’s houses and ripping them off; he boasted of having VCRs, microwave ovens and jewelry. But she insists that she had no idea he was killing people in their sleep.

One night Ramirez came into her dark and cluttered living room while the TV was on and a police composite flashed onto the screen. “Hey, Donna,” said Ramirez, “do you think I’m the Night Stalker?” Myers remembers saying, “Hell, no, Rick. You ain’t got enough guts to kill anybody.”

Ramirez would not leave the subject alone. “Aren’t you afraid of being alone with me in the house?” he asked. And, “Donna, what would you do if you broke into a home and found out people were home? Would you kill them, or what would you do?”

Myers says she thought Ramirez was kidding. He was a strange guy with a strange sense of humor, always had been.

A few nights later she brought up the Night Stalker business herself. “I told him he fit the description to a T, and he said, ‘Yeah, I know. That’s why I had to leave L.A., ’cause they would think it was me.’ ”

Then, on Thursday, August 29, Donna Myers’ daughter went to the police with jewelry—reportedly a pearl ring and a gold bracelet engraved with a California driver’s license number—saying she had gotten them from a man named Rick who sometimes stayed with her mother. By the next day Donna Myers had given the police Ramirez’s name, and they staked out her home and that of Armando Rodriguez.

L.A. police had a mug shot of Ramirez taken eight months earlier, after his arrest on charges of driving a stolen vehicle. The police decided to release the photo. It was broadcast on TV news shows Friday evening and appeared on L.A. newspaper front pages Saturday morning.

Ramirez himself grabbed a copy of La Opinion at a liquor store on South Towne Avenue that morning and, seeing his photo, started to panic. Dressed in a black Jack Daniels T-shirt and black jeans, he set off on a four-mile run through L.A., dodging through alleys and backyards, stopping several times along the way to try to break into cars.

The first report on his progress came into the L.A. police station at 8:50 a.m. About 15 minutes later, he reached East Hubbard Street, where he made the mistake of trying to steal Faistino Pinon’s red Mustang coupe. Pinon wrestled with Ramirez who, spotting easier pickings, raced across the street and attacked Angelina De La Torre, 28, who was setting off in her own car to buy birthday presents for her daughter. Angelina surrendered the keys to her Ford Granada and ran screaming for help. Jose Burgoin, 55, promptly dashed across the street and grappled with the fugitive, even as Manuel De La Torre, 32, Angie’s husband, arrived with a steel rod, taken from his front gate, and smashed the suspect on the head. Ramirez fled down the street, but Manuel was able to catch him and hit him again, causing him to fall against a fence. Finally, Jose’s sons, Jaime and Julio, arrived to close off any egress. “Thank God you came,” a battered Ramirez told a police officer who saved him from a growing crowd by arresting him.

Down in El Paso, Julian Ramirez, Richard’s father, was bewildered by the things people were saying his son had done. “In my heart,” he said, “I can’t believe he would have arrived at that. But if the authorities there have proof, what can we do?”

Meanwhile, over in the East L.A. barrio, the fiesta was continuing. “Beer, music, girls!” one merrymaker cried. Across the street, Manuel De La Torre was explaining yet again to yet another reporter, “I don’t really feel like a hero. It’s something I had to do. I’m just glad everything came out all right.” 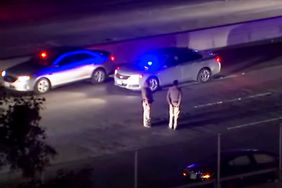 Not to Be Confused with Bird or Plane, Mexico's Caped Crusader Packs a Political Paunch 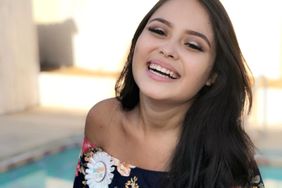 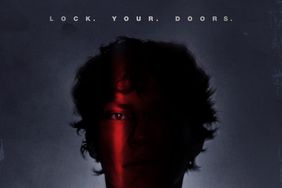 New Netflix Docuseries Recalls Hunt for Night Stalker Serial Killer: 'Anybody Could Be Next' 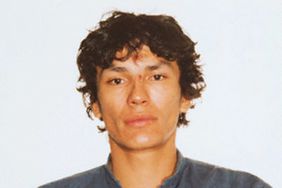