IN WEDDING PORTRAITS ON THE walls of their Las Vegas, N.Mex., living room, Kim and Krickitt Carpenter look like any young newly-weds—deeply in love and filled with hope for their new life together. But Krickitt admits it causes her some pain now to look at the pictures or to see herself in the wedding video, walking down the aisle in her lacy white gown. “I would almost rather not watch it,” she says. “It makes me miss the girl in the picture more and more.”

In a sense, that Krickitt is gone, lost forever. Less than 10 weeks after the September 1993 ceremony, the Carpenters were in a nightmarish auto accident that badly injured them both and left Krickitt comatose. Though doctors initially doubted she would survive, she rallied, regaining consciousness and, eventually, most of her physical abilities. But the trauma to her brain caused retrograde amnesia, erasing virtually her entire memory of the previous 18 months—including any recollection of the man she had fallen in love with and married. “The last 2½ years have been based on a story I’m told,” says Krickitt, 26, “because I don’t remember any of it.”

Krickitt Pappas was a sales representative for an Anaheim, Calif., sportswear company when Kim, then baseball coach and assistant athletic director at New Mexico Highlands University in Las Vegas, phoned in September 1992 to order some team jackets. While chatting, they discovered mutual interests—both were devout Christians, and Krickitt’s father had also coached baseball. One call led to another, and by January, Kim, now 30, recalls, “we were probably talking five hours a week.” The following April, he invited her to visit New Mexico for a weekend. “She got off the plane—I’ll never forget,” he says. “It was like I’d always known her.” Over the next few months they spent nearly every weekend together. In June he showed up unannounced at her apartment with flowers and a ring. “I asked if she’d become my lifetime buddy,” he says.

They seemed a good fit. Kim, who had played college baseball and golf at Highlands, was one of three sons of Danny Carpenter, a retired printing firm owner, and his wife, Maureen. Krickitt (born Krisxan and nicknamed as a baby by an aunt) was a two-time Academic All-American gymnast at Cal State-Fullerton. She grew up in Phoenix, the daughter of Gus and Mary Pappas, former schoolteachers and coaches who also have a son, Jamey. They married that fall and moved into an apartment in Las Vegas (128 miles northeast of Albuquerque), where Krickitt found work as a hospital fitness instructor.

They were just settling into married life when, on Nov. 24, they set out to visit her parents in Phoenix. Krickitt—with Kim lying in the back seat and a friend in the passenger seat—was driving west on Interstate 40 and had to swerve to avoid hitting a slow-moving truck. A pickup following them smashed into the Carpenters’ car. Their Ford Escort flipped over on its roof and went into a sickening skid. “I can remember every split second of that wreck,” says Kim. “I screamed and screamed and screamed for Krickitt and got no answer.” Kim suffered a punctured lung, a bruise on his heart, a concussion and a broken hand. Milan Rasic, the friend, had a separated shoulder. But worst off was Krickitt, who had suffered a terrible skull fracture when the roof of the car caved in around her head. Unconscious and fastened in by a safety belt, she hung upside down for 30 minutes before rescuers arrived, then 40 more before they could free her. Emergency medic D.J. Combs recalls that her pupils were fixed in a rightward gaze: “She had what we call doll’s eyes.”

“It was pretty bleak initially,” says emergency-room doctor Alan Beamsley, who was at the Gallup, N.Mex., hospital where Krickitt arrived nearly 90 minutes after the accident. “We were scared for her.” A doctor brought Kim an envelope containing Krickitt’s rings and watch. “He said, ‘I’m very sorry, Mr. Carpenter,’ ” Kim recalls. “I thought she’d died.” Despite doctors’ advice, he refused treatment for himself to stay by his wife’s side. “I didn’t recognize her, she was so messed up,” he says. “I grabbed her hands and said, ‘We’re gonna get through this.’ ”

When a helicopter arrived to take Krickitt the 140 miles to the University of New Mexico hospital in Albuquerque, there was no room for Kim. Emergency medic Combs remembers his plea: “If my wife’s going to die, I want to be there.” By the time Kim reached Albuquerque five hours later, Krickitt was in a coma. The next morning, Thanksgiving, her parents flew in from Phoenix. Though doctors held out little hope, Kim recalls, “we went to the chapel and started praying.” That day the swelling started to subside and her dangerously low blood pressure slowly began to rise. In five days she went off life support and 10 days after the accident, emerging from her coma, she was transferred to Phoenix’s Barrow Neurological Institute.

Three weeks after the accident, when a nurse asked her what year it was, Krickitt responded: “1969.” She was able to name her parents. But when the nurse asked, “Who’s your husband?” she replied, “I’m not married.” Tests soon showed that she had maintained most of her long-term memory. As for her husband, he was a complete stranger—she felt nothing for him. “I don’t have a visual memory in my head, and I have no memory in my heart,” she says now.

Kim remembers comforting himself by saying, “This isn’t my wife; my wife is in this body, trapped and trying to get out.” He worked to encourage her rehabilitation. But Krickitt found his presence and pep talks annoying. “I think she resented his pushing, because at that point she wasn’t Krickitt,” says her mother, Mary, adding that the process of reteaching her daughter the most basic tasks “was like raising her again.” Facing medical bills in excess of $200,000 and relentless bill collectors, Kim returned to his Las Vegas job with serious doubts about the future. “I honestly didn’t think our marriage would work,” says Kim, but he wouldn’t give up. “I made a vow before God,” he explains, ” ‘until death do you part.’ ”

Making steady progress, Krickitt traveled with her mother to visit Kim, then returned on her own to see him again. “I figured, if I fell in love with this guy before, I guess I just need to meet him again,” says Krickitt. Almost five months after the crash, she moved back in with him, but their life together was difficult. Her injuries had caused deep emotional swings and left her quicktempered. And she was baffled by her reentry into marriage. “I remember asking, ‘How did I do the wife thing? Did I cook for you? Did I bring you lunch?’ ” Her neurological problems posed other difficulties. She was unable to drive and couldn’t remember directions. She tired easily, and her emotions were jumbled—she would laugh when she meant to cry and cry when she meant to laugh. Says Kim: “I was thinking, ‘Man, I’m living with someone with two different personalities.’ ”

She has slowly regained control of her life, returning to work in August 1994, but a new personality emerged—a blend of her old self with new, more outgoing traits. (She is likely to have chronic lingering effects, including short-term memory lapses and occasional clumsiness.) And it was difficult to make the marriage work again. Mike Hill, a therapist the couple started seeing in fall ’94, pinpointed the problem. “There wasn’t that emotional attachment that comes through the early part of the relationship,” Hill says. “You need to establish some memories of your own.” So Kim and Krickitt began dating again—chatting over pizza, shopping, Jet Skiing at a nearby lake. “I got to know my husband again,” says Krickitt. “There was a point when I really started to enjoy this companion. I would miss him if he wasn’t around.”

This year on Valentine’s Day, Kim proposed again. Krickitt accepted. “I could’ve not fallen in love with him again, but the Lord didn’t allow that,” she says. On May 25, the two again exchanged rings—new ones—and read newly written vows. “Only one thing can surpass forever the painful events we have felt,” Kim told her. “That is the love I have for you.”

This Man Chose to Be in a Coma 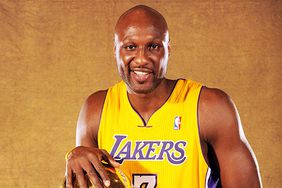 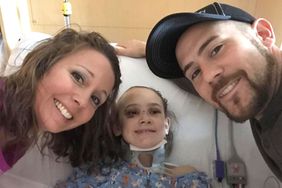 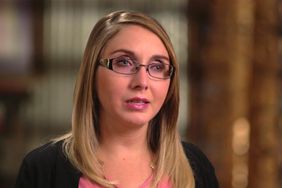