Life can be tough for a child star—especially when your boss is a plush purple dinosaur. At age 7, Selena Gomez got her first big break starring on Barney & Friends. “I was very shy when I was little,” she recalls. “I didn’t know what ‘camera right’ was. I didn’t know what blocking was. I learned everything from Barney.” But after two seasons, she says, “[producers] felt like I was getting a little too old, so I got the boot.”

Luckily, her career is far from extinct. Last year the Grand Prairie, Texas, native, now 15, landed the role of tomboy teen witch Alex on Disney Channel’s hit Wizards of Waverly Place. In September she’ll costar with her BFF (and fellow Barney alum) Demi Lovato in the Disney Channel movie Princess Protection Program. And she’ll star in and sing on the soundtrack of the DVD movie Another Cinderella Story. Despite juggling her whirlwind Wizards schedule (she works Monday to Friday) with five hours of daily on-set schooling, “I’m having a blast!” says Gomez, perched on the patio of the two-bedroom Studio City, Calif., home where the family recently moved. “I’ve been blessed with everything that I’m doing.”

Mom reminds her of that every day. “There are a ton of yes-people in this town, so it is my place to say no and remind her she is not owed anything,” says her mother, Mandy Teefey, 32, who split from Gomez’s dad, Ricardo, when Selena was 5. She wed Brian Teefey, 28, in ’06. Together they run Selena’s production company and supervise her on-set.

In her free time the self-described “shoe girl” spends her $150-250 weekly allowance at Aldo and Forever 21. As for dating? “I have crushes and go on dates, but I don’t need a boyfriend right now,” says Gomez, who wears a purity ring as “a promise to myself.” The budding chef (her specialty: chicken with Hawaiian teriyaki sauce) also makes time for surfing, horror flicks and catching up with pals back home via iChat. “I’ve met the nicest people [in L.A.],” says Gomez, “but I’m a Texas girl at heart.”

From Texas to Hollywood! 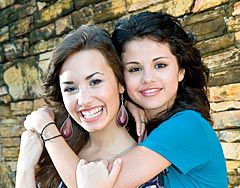 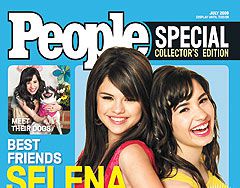 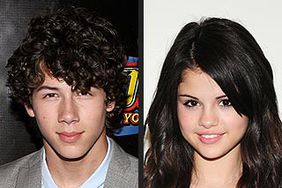 Selena Gomez: 'I'm Sorry' Is Not About Nick Jonas 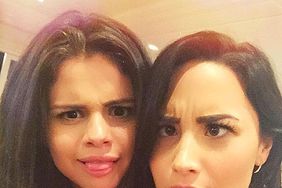 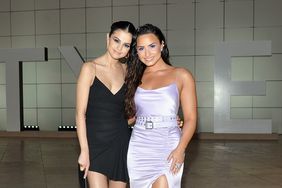 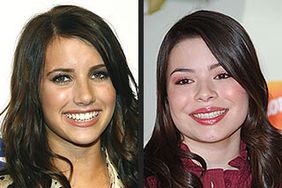