If It Launched a Thousand Ships, the Face Was Probably Done by Makeup Genius Way Bandy

Zucchini is soaking in his Manhattan sink. His Acme Juicerator is pulverizing the carrots. Nine different vitamin pills are lying out on the counter. At 10:30 on a Saturday night, Way Bandy, zealous vegetarian and the world’s leading makeup artist, is preparing the week’s diet of organic food for soaking in Clorox—one half teaspoon in a gallon of water. “The Clorox raises its energy level and removes insecticides,” Way believes.

Suddenly the phone interrupts. In custom-tailored white kimono and straw scuffs (“I never walk barefoot in my apartment—only on the earth”), he moves faunlike into the study, picks up the phone, listens. Movie director Lamont Johnson has an emergency. Farrah Fawcett-Majors—shooting a movie, Somebody Killed Her Husband, in New York—has decided to change her hair! Can Bandy come up with a face to match?

The next evening, with makeup bag in hand—and a four-digit fee plus screen credit assured—Bandy goes to inspect the face that has sold millions of posters. For the next two hours, in Farrah’s bedroom, they engage in a discussion of health foods while he works. The new Farrah emerges: She is gorgeous simplicity itself. Bandy has scrubbed her face bare and then used only “a smudge of taupe pencil around the eyes and a little pink rouge.”

It is Way Bandy who is responsible for the look of cover girls—and guys—in the 1970s. His idealized faces, with their apparently translucent skin, adorn the covers of Vogue, Harper’s Bazaar, Cosmopolitan—even Rolling Stone and rock album covers. Vogue’s fashion editor, Polly Allen Mellen, says firmly, “Way Bandy is the greatest makeup artist in the world.”

Cher, Barbara Walters, Elizabeth Taylor, Cheryl Tiegs, Lee Radziwill, Catherine Deneuve and Helen Gurley Brown all put their faces into his hands before important photo sessions. He has even had fleeting interludes in the makeup room with Mick Jagger, Mikhail Baryshnikov, Kris Kristofferson and Peter Frampton. Margaux Hemingway had him written into the script of Lipstick, in which she played a model, so he could be her makeup man both off camera and on. Elizabeth Taylor—who normally does her own makeup but whom Bandy prepared for a Good Housekeeping cover, Harper’s Bazaar and a recent TV appearance—says of him, “He works like an artist. He mixes colors in the palm of his hand like a painter with a palette.”

He creates by artful, subtle shading. “When I first saw him working,” recalls editor Mellen, “I realized that here was a man who understood bone structure and had the sensitivity to draw forth the potential for beauty.”

Last fall, for a six-figure sum, “which I am taking over five years for tax purposes,” Bandy explained his cosmetic techniques in a do-it-yourself manual, Designing Your Face. He wrote the manuscript and did the illustrations during a month’s retreat in Nantucket. Eight months later, Bandy is paying the price of having produced a bestseller. He told the Seven Lively Arts Answering Service, “My life has come to the point where I have to disconnect. I just can’t stand the sound of this phone ringing 24 hours a day.”

Now with two unlisted phones, a manager (named simply Armand) to make appointments and a fleet of lawyer’s to negotiate contracts, Bandy is still swamped. Armand gets nearly 100 calls a day. Such demand puts Way in the uncomfortable position of having to pick and choose, and he has been unable, for instance, to accommodate Joan Kennedy, Happy Rockefeller or Liza Minnelli. He did find time for New Jersey Congresswoman Millicent Fenwick, 68. “She ought to be President,” Bandy says.

Way Bandy was born again, in a manner of speaking, on March 2, 1967 in Christine Valmy’s makeup school in New York City. “The name just came into my consciousness. I felt compelled to become Way Bandy. I believe my life is charmed.” Later he changed his appearance as well through extensive plastic surgery—nose job, temporal lift (with the incision in his hairline) and caps on his teeth.

The first time around, he was born on Aug. 9 in Birmingham, Ala. “I will not reveal the year,” he says, like a recorded announcement, “but I am past 35 and not yet 45.” (Some estimates cattily range up to 55.) He will not give his real name nor many details of his growing up. His father and grandfather worked for the Southern Railroad. “They liked to do the traditional masculine things—fishing, hunting, baseball,” he remembers, “but I was not interested at all.” His older brother is a retired Navy man. A younger brother works for Kodak. “From the earliest moment I can remember,” Bandy says, “I was different. A strange member of a traditional middle-class family. My mother taught me how to sew, gave me piano lessons and even bought me baby dolls.” His father drew the line at ballet.

In rural Alabama and later in Tennessee, Bandy enjoyed wandering out into the countryside and dreaming. “My mother had a friend who used to sneak movie magazines to me.” He loved the glamorous faces—Betty Grable, Elizabeth Taylor, Marilyn Monroe—and began painting their portraits. “I would make them up the way I thought they should look,” he recalls. “That’s how I learned about cosmetics—it’s a direct outgrowth of my painting.”

In high school he was voted “best dressed, most talented and biggest flirt.” He was a fraternity man at Birmingham-Southern College (“I was always the last to leave a party”), but after two years dropped out for a job as a model in a department store. When conflicts at home grew, he went to a small college in Athens, Tenn. and got a teaching certificate. He also collapsed from advanced bronchial pneumonia, an illness that triggered his obsession with nutrition.

He married, taught elementary and then high school English in Tennessee and Maryland for seven years. “I hated it,” he says. In the summer of 1965 he and his wife visited New York City. “The minute we arrived I knew I would never go back to my former life. This was a new beginning.” His wife went home. They are still not divorced.

His rise in the highly competitive beauty field was meteoric. Just months after enrolling at Valmy he took over the salon. His sessions were inspired. Word spread. By 1969 he had become makeup director for Charles of the Ritz. A few weeks later he was asked to make up the cover model for Town & Country. By 1970 Broadway beckoned, and he was hired to transform the cast of No, No, Nanette. The next year he hung out his shingle: “Free-lance face designer.”

For weeks Bandy has been committed to a 9 a.m. to 5 p.m. shooting for Helena Rubinstein. Then Vogue calls. The editor describes what “could be the picture of the century” for the June issue: four top models who reflect feminine beauty in the 1970s. There isn’t any time in his schedule, but Bandy agrees—provided Vogue will do the shooting at night. He scrambles his calendar to clear the hours between 5:30 p.m. and 2 a.m.

Bandy arrives at photographer Richard Avedon’s studio in a custom-made raincoat and moccasins from L. L. Bean. He disappears into the dressing room, pulls a blue plastic thermos of Cloroxed carrot juice from his satchel and tosses down nine pills (vitamins E, C, B-complex, B-15, multiple, minerals). His brown eyes, which appear to be softly outlined in brown pencil (“I do not wear makeup,” he says), are glazed with fatigue. He brushes his brown hair—without a trace of gray—in sweeping strokes to encourage circulation. His blousy custom white shirt hangs perfectly on his 140-pound, six-foot figure. (“I like myself better at 137.”)

“I only wear black and white,” he explains. “Recently, though, I’ve been moving toward red.” Last year he spent more than $5,000 on clothes. “But I don’t have a big wardrobe because I make a lot of mistakes. I’m constantly eliminating…”

In the dressing room Bandy is all congenial efficiency. Roseanne Vela, an angelic blond cover girl and lady of artist Peter Max, sits at the makeup table. Bandy recommends the TV series Count Dracula to her, the other models and hairstylist Harry King. “It’s one of the best things I have ever seen in my life,” he says in his faded Southern accent. Bandy keeps chatting to relax the women. “I mean, my teeth are growing since seeing it.” He thrusts his chin forward and opens his mouth. “I’m a vegetarian—imagine what it would do to my life to turn into a vampire!”

Vela tilts her chin, closes her eyes and Bandy sprays mineral water over her face. With two tissues, working simultaneously on each cheek, he dries her face. He pauses to peel some skin from her nose and plucks her eyebrows. His concentration shows in his slightly flared nostrils.

“Nobody can figure out the schedule of Dracula,” he rattles on, beginning to mix different colors in his palm. He massages the colors into her skin with his fingers, gently.

“Is she getting gorgeous?” Avedon asks as he breezes through the dressing room. “We’re moving,” Bandy says. The tension settles in his jaw.

An hour and 15 minutes later he is looking into the eyes of another model, René Russo, a close personal friend and convert to vegetarianism. “I’m leaving it up to you, Bandy,” she cracks. Whispering, he caresses her skin with foundation. “First mistake!” she says, challenging the color of the foundation. He ignores her. “Practically nothing,” he soothes. Next he moves to soften her brows. “I know they look like two slashes,” René complains, “but I like those slashes on this face.” He persists in taming their color and shape. “Oh, I really hate them like this, Way,” she moans. It doesn’t faze him. He follows his instincts and chats about their diets.

By 1 a.m. he has finished the four models’ faces, and they are in the studio being photographed. In the background the Saturday Night Fever sound track blasts forth. Alone in the dressing room for the first time, Bandy sips carrot juice and closes his eyes. At 1:15 Avedon shouts for more powder. Bandy rushes in to touch up shiny noses.

Although his annual income is more than $100,000 and he has houses in Nantucket and Key West, Bandy’s New York apartment, all white and black, is remarkably unchic. There are no pictures on the walls, and the living room wall has a large water stain.

He shares his quarters with Michael Gardine, a writer, antique dealer and chain smoker. They met at a nightclub four and a half years ago. Gardine has no use for Bandy’s strict diet; he’s a Kentucky Fried Chicken man himself. The two of them are straight out of The Odd Couple. Bandy is Felix.

Last October Bandy decided to get away. In a chauffeured limousine he was driven on a pilgrimage to New Mexico to seek an audience with the woman he considers the most beautiful in the world. “She believes so much in her own spirit that her physical being has taken on the exaltation of her soul,” he says. “She also has her own organic vegetable garden—and you know how that grabs me.” When he reached her doorstep, the 90-year-old artist’s sister, Claudia, expressed regrets and turned Bandy away. He sighs. “Georgia O’Keeffe had a cold that day.” 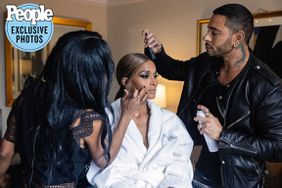 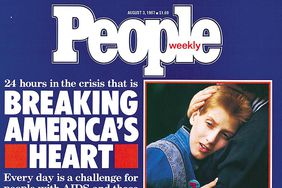 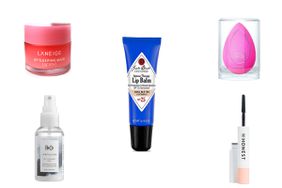