It was supposed to be a day of family fun in the sun. In early June Robert De Niro, his estranged wife, Grace Hightower, and their various children joined salsa singer Marc Anthony, his wife, Dayanara Torres, and their son for a cruise on Anthony’s new yacht. But soon after setting sail from Miami, De Niro and Hightower apparently hit rough seas. The tempest began when Hightower stepped belowdecks and found De Niro with another woman who was aboard. “She was helping him open and close the door to the bathroom,” says one source. But Hightower suspected something more intimate: Her spokesman, R. Couri Hay, says she encountered De Niro “with a frozen look on his face” and the woman appearing to pull her blouse closed. “She came up and announced to everyone what was going on,” says the source. “He came up after her, and then she started hitting him.” Hightower soon disembarked with Elliot, 3, her son with De Niro. “Grace found De Niro’s lack of judgment shocking and irresponsible,” says Hay.

Now the storm they started at sea is raging on in New York State supreme court in Manhattan, where the on-again, off-again couple are clashing over child custody and trading allegations of violence and drug use.

The drama began in August 1999, when De Niro, 58, filed for divorce from Hightower, 48, a former flight attendant, after two years of marriage. In March 2000, says a source close to the case, the two signed an agreement for financial support and child custody, with De Niro granted thrice-weekly visits with Elliot chaperoned by a nanny or another Hightower representative. (De Niro’s spokesman will neither confirm nor deny that such an agreement was made.) Until lately, it seems, the pair were friendly: Last summer Hightower and Elliot visited De Niro on the Montreal set of The Score; they turned up playing with their son in Manhattan this May. Plus, neither seemed to be in a hurry to move along their divorce.

After the yachting incident, however, things turned ugly. Claiming Hightower had fractured one of his ribs, De Niro filed a motion in June asking for unsupervised overnight visits with Elliot and the appointment of a legal guardian for the boy. Firing back in papers filed the next month, Hightower charged that De Niro uses drugs and alcohol and should not be alone with their son—which is why she pushed to deny De Niro unsupervised visits in the first place, says a source close to her. At a closed hearing on July 24 Justice Judith Gische ordered a mental-health expert to evaluate De Niro and Hightower before their next court date, now set for Sept. 28.

The high-profile skirmish has put both De Niro and Hightower—neither of whom has yet met with the court-ordered psychologist—on the defensive. De Niro’s spokesman Stan Rosenfield says there is “no truth” to the accusation that De Niro has a drug or alcohol problem. Hightower, he says, “has an overzealous imagination.” Her lawyer Robert Stephan Cohen says that Hightower “feels very strongly that she needs to protect Elliot.”

One thing is sure: Neither the media-shy De Niro nor the equally private Hightower relishes the spotlight on their tumultuous relationship. They connected in 1987 at a London nightclub, where De Niro relayed a note to the then restaurant manager asking to meet her. They began dating and finally wed in 1997. Their split, when Elliot was 17 months old, surprised friends—and even, it seems, Hightower. “She was always talking about how great he was and how much they loved the baby,” says a source on the set of a movie in which Hightower was then filming a bit part.

In addition to Elliot, De Niro has 5-year-old twin sons by ex-girlfriend Toukie Smith, 48, and two adult children from his first marriage, to actress Diahnne Abbott, 56, which ended in 1988. By many accounts, he is a devoted dad. “He would break off a meeting with me if he had to go see Elliot,” says part-time actor Chuck Low, a friend of De Niro’s, who also calls Hightower “a caring mother.”

Still, De Niro has faced legal disputes over his kids before. In 1997 he and Smith went to court to settle issues of child support and visitation for Aaron and Julian, who were conceived in vitro a few years after the romance ended and were carried and delivered by a surrogate mother. (Although they have never spoken publicly about their reasons, Smith miscarried a child during their relationship of about a decade.) Through it all, De Niro and Smith “have always been good friends,” Low says.

Coming to terms with Hightower may be more difficult. Her friend Betsy Rathe, a film producer, says Hightower bears De Niro no ill will: “She wants happiness for her son, first and foremost. She wants Robert to be happy too.” But right now, says Low, “there is a fever anger between them.” 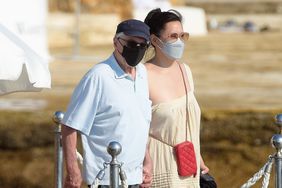 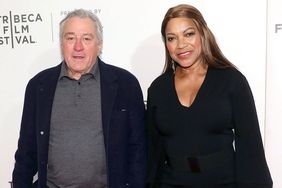 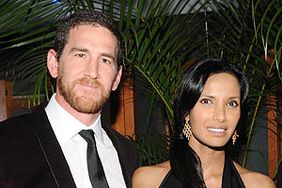