Frankie Valli Oh, What a Life!

In one recent week, the Billboard chart for highest concert grosses was filled with the likes of Jay-Z, Mary J. Blige and the Jonas Brothers. But outranking those hot tickets was … Frankie Valli?

Yes, the 74-year-old singer with the legendary falsetto continues to bring in the crowds, and on any given day you’ll probably hear (and hum along to) one of his hits with the Four Seasons or from his solo career: “Sherry,” “Big Girls Don’t Cry,” “Walk Like a Man,” “Can’t Take My Eyes Off You,” “December, 1963 (Oh, What a Night),” “Grease.” And the story of how Valli and the Four Seasons took their doo-wop sound from a street corner in Newark, N.J., in the ’60s to the Rock and Roll Hall of Fame is being retold nightly in productions of the Tony-winning Broadway musical Jersey Boys in Chicago, London and Las Vegas.

But despite his millions made and renewed popularity, Valli still happily eats at diners, cooks himself pasta dinners and raids the sale racks at Emporio Armani, H&M and Diesel. It’s a way of life built from a personal tale of outrageously good fortune and unbearable tragedy. “I’ve been up and down many times and worked my way through everything,” he says. “If it all went away tomorrow, I can go live a normal life.”

That’s what he was born into: As Francesco Castelluccio—the third and youngest son of Anthony, a display designer for Lionel model trains, and Mary, a beer company employee—Valli grew up in the projects of Newark. He recalls boiling water on the stove for warm baths and watching bookies and loan sharks make a decent living. “There were no opportunities to go to college, so you didn’t have many options,” he says. “You got a job on an assembly line or you got mobbed up.”

The mobsters he grew up around (including a Mob boss named Angelo “Gyp” DeCarlo, who Valli says “was like a father to me”) had a profound impact on him. Even today Valli can be Michael Corleone-level intense just talking about whole-grain cereal. “He thinks like a Mob boss,” says Valli’s close pal Stewie Stone, 68, an old-school comic who’s opened for him the past 34 years. “Frankie grew up in the streets, knocking over grocery stores. He lives by that Mafia code: Don’t squeal, don’t lie to or turn on a friend.” Actually Valli’s own life of crime was brief; he was arrested for breaking and entering as a youth. “It had a terrible effect on my parents,” he recalls. “I loved them very much and didn’t want to hurt them.” (Ironically, Valli ultimately did join the Mafia in a recurring role on The Sopranos.)

Frankie also knew that factory life was not in his cards. “I’d seen so many people become stagnant in New Jersey—I had this fear I’d just stay there,” he says. “They’d come out of high school, get a job, get married, have kids and die in Jersey. I wanted more.”

He saw a way out early on, when his mom took him to see Frank Sinatra at around age 6. “The stage felt like it was 100 feet above my head,” says Valli. “Sinatra comes out to all the lights, the audience, the roar—everything. After that I sang around the house a lot.”

Honing his chops by imitating crooners like Nat King Cole, Valli scored his first record contract in 1953 and ended up with neighborhood pal Tommy DeVito in a revolving door of groups like the Four Lovers.

It wasn’t until a local kid named Joe Pesci (yep, that Joe Pesci) hooked Valli and DeVito up with a young songwriter named Bob Gaudio that they changed their name to the Four Seasons and, with Nick Massi, scored three straight No. 1 hits in 1962. (They were also good businessmen; Valli and Gaudio own most of their publishing rights and original masters.) In 1964 Gaudio and Valli, who’ve collaborated closely on songs and other projects over the years, agreed to split 50-50 every penny of their career earnings on a handshake they’ve honored for more than 40 years—regardless of who pulled in the cash. Back then, says Valli, “we didn’t go through contracts; you shook a guy’s hand.”

At the height of the Four Seasons’ fame in the 1960s, women followed Valli wherever he performed. On a whim he could ring up the Beatles to hang out in their hotel room in Italy. Frank Sinatra, who called Valli “Cheech,” would send his Lear jet for the Four Seasons when he wanted company, and he taught Valli breathing techniques to protect his voice after vocal cord surgery in the late ’60s.

Valli, who has been married three times, was more successful onstage than at the altar. But perhaps his most difficult year came in 1980, when his stepdaughter Celia was killed in a car accident. Six months after that, his daughter Francine, still a student, died of a drug overdose. “We were still grieving Celia’s death, [but] Francine was in a good place, gearing up to start singing with my dad,” says Valli’s daughter Toni, 50. Francine’s passing unfolds in a wrenching Jersey Boys scene in which Valli gets a phone call while on the road. “The first time I saw that, it was incredibly difficult, and for many times after that,” says Valli, with tears in his eyes. “That lives with you forever. She died a long time ago, but I often imagine what it would be like if she were alive. She had a wonderful voice.”

Valli’s now in the midst of a divorce from his third wife, Randy, with whom he has three sons. “This was a tough breakup because of the boys,” says pal Stewie Stone. “He doesn’t get them as often as he’d like. It’s tough when you have kids and they’re not in the house anymore. You don’t hear that noise.” While Valli is protective of his personal life, he says, “I really don’t know why it didn’t work out. People don’t get married to get divorced. Maybe people weren’t meant to be together forever.”

But being a dad definitely is: “It’s unconditional love with your kids,” Valli says. He talks to daughter Toni every day, and makes sure his three sons (Francesco, 20, a college student, and 13-year-old twins Emilio and Brando) feel free to “express themselves with me.” His twins, who play guitar and drums and dig Dad’s Led Zeppelin albums, soak it all up when they’re on the road with him. “It’s very helpful for their social skills—lots of kids gravitate to them,” says Valli. “He’s a great father,” says Gaudio. “He loves kids and gets right into their world with them. It’s fun to watch.”

Today Valli has a home in Calabasas, Calif., and an apartment on Manhattan’s Upper East Side. “He’s very self-sufficient,” says Stone. “He’s always cleaning. You can eat off his floors.” Even if the house is quieter than Valli might like, he’s constantly cooking up new projects. There may well be a Jersey Boys movie in the future. He’s planning a line of Italian sauces. He’d like to record a jazz album. “I don’t play golf or tennis, I don’t ski, I don’t snowboard,” says Valli. “If you love what you do, you never get enough of it. I’m on a vacation! What could be better than that?” 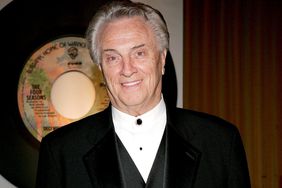 Four Seasons Member Tommy DeVito Dead of Coronavirus at 92: 'You Were Loved and Will Be Missed' 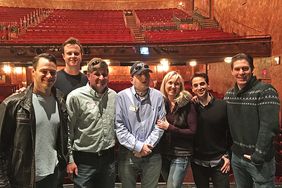