There are more than 3,000 entries from all 50 states and 10 foreign countries, and every one of them is a literary nightmare. They teem with ill-conceived conceits: “Dawn broke like a crusty suet pudding.” “The limpid amber eyes of the serving wench flickered up petulantly.” “Grimelda’s heart was on the ship with Lord Touchnot.” They lurch and stumble under the influence of 200-proof words like “coursed” and “bloodwashed” and toss “trembled” around with abandon. In short, they are so dreadful they would drive a normal English teacher to switch to chemistry. So why is Professor Scott Rice of San Jose State University pleased? Because all these “execrable” horrors have come to his desk in response to his second annual Bulwer-Lytton Fiction Contest. The goal: to come up with the worst possible opening sentence for a novel.

Rice, 41, named the competition for Edward Bulwer-Lytton. He is the 19th-century English novelist whose works include the florid and forgettable The Last Days of Pompeii and the line “It was a dark and stormy night,” best known today as the start of Snoopy’s endless tries at fiction writing. “It was also Bulwer-Lytton who said, ‘The pen is mightier than the sword,’ ” Rice notes, trying to be fair, “only in his case it wasn’t true. Maybe stronger than the letter opener.”

The contest, which has been running since Jan. 17, closes this week on April 15, and Rice will announce the winner May 6. His hope is that after working at creating so many dreary clichés, mixed-up metaphors and warped bits of syntax, at least a few writers will be moved to be more careful about the craft. “What better way to express an appreciation for literacy than to examine samples of conspicuously bad writing?” Rice asks.

But mainly he and his fellow judges (all from San Jose’s English department) are bent on fun. For the losers, Rice says, “We’re thinking of sending a consolatory letter that says, ‘Congratulations, your material was not bad enough to be the winner.’ ” Of his competition’s popularity, he says, “I’m like a man who was drilling for water and hit oil. People really put thought into it. They enjoy a contest in which there’s no pressure to be ‘the best.’ ” Some have been so zealous they’ve sent in closing sentences as well. The thumbs-down winner in that unofficial category came from a man in Berlin: “There was no word to describe what they felt for each other—love.” The son of a lawyer and a homemaker in Lewiston, Idaho, Rice in his early years loved listening to his grandparents’ tales. “They were marvelous storytellers,” he recalls. “We lived on a dairy farm, and the best part of the day was sitting on the porch after dinner, looking at the pastures and the hills, hearing them tell about their childhoods. I discovered that it was like reading—you have to pay attention and follow the story.” Thus inspired, Rice went on to Gonzaga University in Spokane, Wash., then got his master’s and Ph.D. in English at the University of Arizona. He and his wife, Mary Beth, were married in 1964. They have three children: Jeremy, 14, Matthew, 10, and Elizabeth Jane (named after Hardy’s heroine in The Mayor of Casterbridge), 8. To the professor’s regret, his offspring prefer video games to reading.

In last year’s contest, which was limited to San Jose students (one of whom enclosed an air sickness bag with his entry), Rice required a complete first paragraph, but later he decided that was too demanding to be fun. And this year for the first time the winner will get a prize: the complete works of Bulwer-Lytton, or as many volumes as can now be found of the 25 novels, three plays and assorted poems, essays and criticism he wrote.

There will be a third installment of what San Jose State calls “the Gong Show of literary contests” next year. But this year’s has proved the definitive test of ineptitude in one respect: Rice has received six complete novel manuscripts from aspirants who got the requirements wrong. “Which just confirms what I’ve always said about bad writers,” he says with a sigh. “They write more than they read.”

Picks and Pans Review: Son of 'it Was a Dark and Stormy Night' 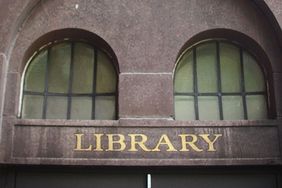 Life-Scarred and Weary of Battle, a Literary Guerrilla Calls Truce