OUR MOST RECENT IMAGES OF HER CAME OUT OF AFRICA where, as a shirtsleeved ambassador for UNICEF, she walked in a ravaged Somalia, giving solace with that radiant smile—and focusing the world’s attention on a starving land. Last September she asked to be taken to the famine’s epicenter, a feeding camp in the town of Baidoa. As she arrived, she saw hundreds of small lifeless bodies being loaded onto trucks. The worst of it, she would later say, eyes welling with tears, was “the terrible silence.”

Life was a brave journey for Audrey Hepburn. She was, after all, a woman who spent much of her girlhood in Nazi-occupied Holland, subsisting for a time on flour made from tulip bulbs. Along with her starving grandparents, she received food from a relief agency—UNICEF’s precursor. “Your soul is nourished by all your experiences,” she once said. “It gives you baggage for the future—and ammunition, if you like.”

Hepburn’s journey ended last Wednesday in Tolochenaz, Switzerland, where, at 63, she succumbed to the colon cancer that had been diagnosed just two months before. Death found her in a merciful setting: on a mild springlike night at her beloved 18th-century stone farmhouse on Lake Geneva. “She was able to make only-one trip in the last days,” says journalist Henry Gris, one of her oldest friends. “She went out into the garden. It’s very gray this time of year, but she wanted to see her flowers.” At the end she was surrounded by those she cherished most, including her companion of 12 years, Robert Wolders, 55. “He was very dedicated to her,” says Gris. Also at Hepburn’s bedside were her sons, Sean Ferrer, 33, and Luca Dotti, 22, and her beloved Jack Russell terriers.

For a time last week, as people recalled the luminous images of Hepburn in her 25 films, it seemed as if the whole world were in mourning. “You looked at her, and all you could think was that nothing bad should ever happen to her,” said actress Arlene Dahl. “If there was a cross between the salt of the earth and a regal queen.” said Shirley MacLaine, her costar in The Children’s Hour (1961), “then she was it.”

Hepburn saw herself a bit differently. “I was born with an enormous need for affection,” she once said, “and a terrible need to give it.” Born Edda Van Heemstra Hepbum-Ruston to an English-Irish banker father and a Dutch baroness, she had a near idyllic early childhood in Brussels. But her parents divorced when she was 9. Then came the war, and the Baroness, seeking safe haven, moved with her daughter to her parents’ home in Arnhem. During Holland’s Nazi occupation, Edda carried messages for the Resistance in her ballet shoes. In time, as she would later recall, “the rationing started, and then, little by little, the reprisals began.” An uncle and cousin were shot; her elder half brother, Alexander, was conscripted to work in a Berlin factory. The once chubby girl became gaunt and hail. Certainly the memory of those years never left her: More than a decade later she would turn down director George Stevens’ offer to make The Diary of Anne Frank because, she explained, “I could not deal with it.”

In 1948 the resilient teenager left for England to study ballet and landed a chorus girl’s part in a London production of High Batton Shoes. Three years later, in Monte Carlo for a movie bit, she was spotted by the novelist Colette, who instantly realized that she had found the girl to play her Gigi on Broadway. That role won Hepburn a Theatre World Award in 1952, and then-after she kept a photo of Colette on her dressing table, inscribed, “To Audrey Hepburn. the treasure I found on the beach.”

After seeing her screen test, director William Wyler cast Hepburn in his 1953 film, Roman Holiday. “She’s not beautiful,” said the crusty Wyler after Audrey picked up an Oscar for the part, “but she gets to you.”

Over the years, of course, she didn’t get to everyone. Humphrey Bogart, perhaps nettled by her romance with their costar William Holden in 1954’s Sabrina, said she was “OK if you like doing 36 takes.” And a film magazine she long outlasted called her “this weird hybrid with butchered hair.” But the movie going public worshiped her. and eventually even Bogie recanted. “You take the Monroes and the Terry Moores,” he said, “and you know just what you’re going to get every time. With Audrey it’s kind of unpredictable. She’s like a good tennis player—she varies her shots.”

That she did—through a career that spanned divergent roles in which she somehow always maintained her ineffable aura of class. Though she had doubts about herself (“Oh, I’d like to be not so flat-chested,” she once said; “I’d like not to have such angular shoulders, such big feet, such a big nose”), few other women saw these as flaws. A rail-thin gamine during the zaftig Zeitgeist of the 50s, she created a new ideal of beauty and with the help of her friend designer Hubert de Givenchy, established an impeccable—and frenetically imitated—look predicated on simplicity.

Hepburn was chronically, hopelessly civilized. On locations the world over, she made it a priority to establish a sense of home, especially after her 1954 marriage to actor Mel Ferrer, whom she had met when they costarred in Broadway’s Ondine, a play that won her a Tony. Hepburn would clear hotel suites of standard-issue items and replace them with silver candlesticks, matching salt-and-pepper shakers, her own sheets.

The couple’s eventual split in 1968 was one of her life’s great disappointments, but she found it easier to bear than the five miscarriages she suffered. It was while on location in the Congo for The Nun’s Story in 1958 that her depression over her childlessness suddenly seemed to lift. “After looking inside an insane asylum, visiting a leper colony, talking to missionary workers and watching operations, I developed a new kind of inner peacefulness,” she said. In January 1960, her first child, Sean, was born. Ten years later, during a 13-year marriage to Italian psychiatrist Andrea Dotti, she gave birth, at 40, to another son, Luca.

Always she made it clear that family took precedence over her career. “The fact that I’ve made movies doesn’t mean breakfast gets made or that my child does better in his homework,” she said in 1980, explaining an eight-year screen hiatus that ended in 1976 with Robin and Marian. “I still have to function as a woman in a household.”

Yet in later years, with her children grown, she found a new purpose. In 1988 she became special ambassador for UNICEF and immediately set off for Ethiopia to minister to famine victims. Grueling trips to the Sudan, El Salvador, Guatemala, Honduras, Mexico, Venezuela, Ecuador, Bangladesh and Vietnam followed. “I do my best,” she said simply. “I wish I could do more.”

It was after her return from Somalia last fall that Hepburn began suffering stomach pain. Doctors at first suspected she had contracted an amoebic infection, but surgery in November found a graver cause. “Rob [Wolders] told me she never complained once,” says a friend. “It’s not that bad,” she would say.

But it was. Toward the end, says Gris, “she was in such terrible pain. She could only speak in a whisper. She could not talk to all of the people who called.”

Hepburn seemed to sense that she was destined to play a special role not just in movies but also in people’s lives. “People associate me with a time when movies were pleasant,” she said, “when women wore pretty dresses in films and you heard beautiful music. I always love it when people write me and say, I was having a rotten time, and I walked into a cinema and saw one of your movies, and it made such a difference.’ ”

Audrey Hepburn did, in the end, make a difference. “In a cruel and imperfect world,” says critic Rex Reed, “she was living proof that God could still create perfection.” 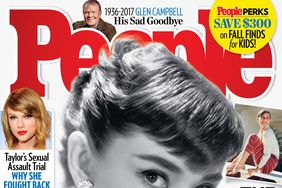 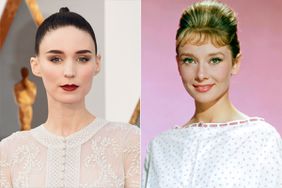 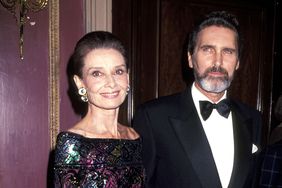 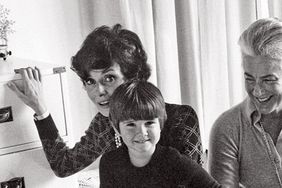 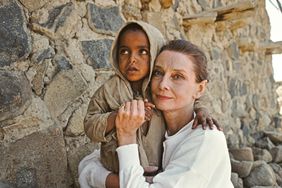 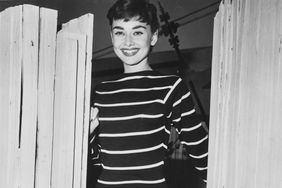 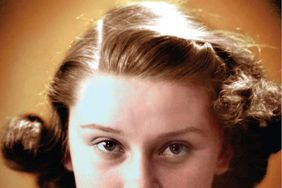 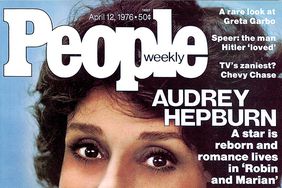