By Plugging a Teenage Intruder, Columnist Carl Rowan May Have Shot Himself in the Foot

Anyone found in possession of a handgun, except a legitimate officer of the law, [should go] to jail—period! Anyone committing a crime with a handgun [should go] to prison, with 10 years added to his term, without parole—period!

Carl Rowan may have cause to rue those words, which he wrote in 1981. Rowan, the nationally syndicated columnist, has long been an outspoken advocate of gun control. Then, two weeks ago, he shot and slightly wounded an intruder in his Washington, D.C., backyard. Ever since, two facts about the case have kept capital gossips—and lawyers—abuzz: The interloper was a near-naked teenager who had been skinny-dipping with friends in Rowan’s pool, and the columnist’s weapon was an unregistered, and thus very illegal, .22 caliber pistol. As soon as the incident hit the papers, Idaho Senator Steve Symms, an outspoken opponent of gun control, sent Rowan a $20 gift membership in the National Rifle Association and a gloating telegram proclaiming: “In America, freedom and justice have always come from the ballot box, the jury box and, when that fails, the cartridge box.” Added NRA spokesman Wayne LaPierre, delighted to present a plateful of crow: “Carl’s sentiments are exactly ours. We believe the honest folks in this town have a right to protect themselves.”

The antigun lobby is no happier with Rowan than the NRA. “As has happened to so many other, otherwise law-abiding citizens, Rowan’s gun has brought more trouble than it has protection,” said Washington, D.C., City Council Chairman David Clarke, who helped draft the capital’s strict handgun-control law. As a result of the incident, Rowan, 62, could be charged with illegal possession of a firearm, which carries the maximum penalty of a $1,000 fine and a year in jail. If authorities conclude that he used the weapon in an irresponsible or illegal manner, the charges could be more serious. “Were it not for the gun, Rowan would now be appearing as a prosecution witness in a misdemeanor court,” says Clarke. “Instead, at worst, he may stand before a court, charged with assault with a dangerous weapon and facing up to 10 years’ imprisonment.”

The central question is whether Rowan acted reasonably on the night of June 14. According to his account, he was awakened at 1:55 a.m. by what sounded like “someone messing with the window.” He called the police and, while waiting for them, loaded a pistol that his son, Carl Jr., a former FBI agent, had given to him in 1982. “I said to myself, ‘You’ve had a lot of threats—protect yourself,’ ” Rowan recalls. Minutes later he and his wife looked out a window and “saw four to six people. They were all naked, and they were having a frolic. That didn’t bother me so much as the question, ‘Who is over by my bedroom window, and what are their intentions?’ ”

When Rowan heard the police arrive, he stepped outside to let them in. It was then, he says, that he was confronted by “a tall man who was smoking something that I absolutely was sure was marijuana.” Rowan says he repeatedly warned the intruder that he was armed and would shoot. “My first words were: ‘Freeze! Stay where you are!’ ” says Rowan. “Then I said, ‘I have a gun.’ ” Rowan says the man kept coming and that he finally felt forced to shoot in self-defense. He says he aimed at the intruder’s feet but hit him in the wrist when the man lunged forward.

The intruder, Chevy Chase, Md., teenager Benjamin Smith, 18, tells a different story. “I was in my underwear,” he told a radio interviewer. “I just climbed out of the pool. It was pretty innocent. I never spoke with him. He just shot me and closed the door and went back hiding in his house. I mean, I guess I was trespassing. But that’s no reason to shoot a person, is it? For swimming in their pool?”

Smith and a Bethesda, Md., teenager, Laura Bachman, 19, were arrested at the scene and may be charged with unlawful entry, which is punishable by a $100 fine and six months in jail. Rowan—who, on the advice of his lawyers, has stopped talking about the incident—is awaiting developments, according to his son. “He’s doing fine,” says Carl Jr. “I think the issue in his mind, as it would be in anybody’s, is: ‘Did I do the right thing?’ He’s certain that he did do the right thing.” 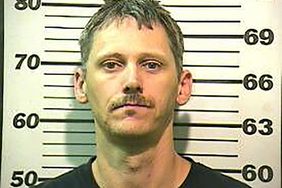 Wife Alerts Husband of Intruder, Leading to Shootout — But Police Say Man Was Actually Her Lover