UNFORTUNATELY,” SAYS JOAN COLLINS with a world-weary sigh, her hand extended toward the assistant who has rushed across the Hollywood set to light her cigarette, “the thing people remember about this show is the catfights.”

If it’s Joan Collins, “this show” must be Dynasty, the Aaron Spelling soap bauble about very, very oil-rich people that went off the air in May 1989 after eight years. What has prompted the 58-year-old star to turn down the corners of her vividly lipsticked mouth is the vulgar prospect of going glamourpuss à glamourpuss with Linda Evans for Dynasty: the Miniseries, a four-hour sequel that will air on ABC Oct. 20 and 22. In the series Collins and Evans—as conniving, slinky Alexis and good-hearted, broad-shouldered Krystle—fought in mud, fought in a burning cabin, even fought in feathers (a pillow fight). This time Collins—that is, her stunt double—gets to be dragged by Krystle across the floor of a fashion salon while Alexis shrieks, “Bitch!”

“Come on, Joan,” teases Evans. “Let’s show them how it’s done.” Actually there was a lot more that fans wanted to be shown when Dynasty—which battled rival soap Dallas for Nielsen supremacy in the mid-’80s—sputtered out in an unresolved cliff-hanger (episode 217). That denouement left tycoon Blake Carrington (John Forsythe) shot, wife Krystle in a coma (off-camera—Evans had already left the show) and ex-wife Alexis Colby plunging from a balcony. “The way we were cut off was a disgrace,” fumes Forsythe, 73.

The miniseries will be more gracious. “Beethoven can leave a symphony unfinished,” says Spelling. “We didn’t think we could do that with a soap opera.” In the miniseries, though, Spelling’s opus won’t be quite as magnum. The production has relied more on location shootings (the palatial sets were long ago sold to other shows), and the cast agreed to come back at slightly reduced salaries. (By series’ end, Forsythe and Collins reportedly received at least $100,000 per episode.) In the story line, which whips the dangling plot up to the present, Blake has lost his company and is just getting out of prison.

Some things don’t change though. “We are still groomed, groomed within an inch of our lives,” says Collins. And dressed, dressed within an inch of their lives in Nolan Miller’s costumes—42 outfits for Alexis and Krystle alone. “On the first day I was back, Joan Collins comes walking out in beautiful clothes,” says Heather Locklear (Sammy Jo). “One look at Joan and it was like I never left.”

In the two years since cancellation, the stars’ daily routines haven’t exactly proceeded at the series’ breakneck pace. Collins (who, with four marriages behind her, is currently dating 33-year-old British art dealer Robin Hurlslone) has what sounds like the busiest schedule. She opens in—where else?—Denver in her U.S. tour of Noel Coward’s Private Lives the same night as the miniseries ends, and has started work on her third novel. Forsythe has a possible sitcom for NBC next year. “I play tennis every weekend,” he says. “I breed and race Thoroughbreds. My wife, Julie, and I travel and collect antiques.”

For Evans, 48, the breather has been a blessing. “I had the opportunity to fall in love,” she says, referring to her heavily harmonic relationship with new-age pop musician Yanni, 36. But for John James (Jeff Colby), 35, the breather has been more of a bust. “After the show stopped,” he says, “nobody wanted to touch me.” He has since concentrated on regional theater, and lives on a farm in upstate New York with wife Denise and daughter Laura, 7 months.

Now these and other Dynastiads—including Emma Samms (Fallon)—have been called back in from prime-time pasture. “I was on my honeymoon on a private Caribbean island when I got the offer,” confides Samms, 30, wed in February to attorney Bansi Nagji. (Her new movie, Delirious, opens Aug. 9.)

Even the original Steven Carrington, Al Corley—who was dumped from the show for complaining about his character’s ever-shifting sexual preferences—says the reunion is “like a flashback on a good acid trip.” In 1982, when he was replaced by Jack Coleman (who couldn’t make the miniseries because of scheduling conflicts), Corley moved to New York City to be with his girlfriend, pop star Carly Simon. Now 35, he’s married to Jessika Cardinahl, an actress and puppeteer; they have two daughters, Sophie, 4, and Ruby, 2.

Oh, and Steven? He’s gay again, in a stable relationship and working as an environmental lobbyist. In Dynasty, 1991, green is no longer just the color of money. 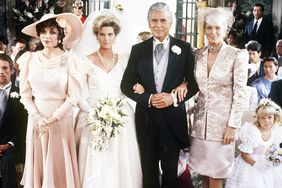 'Dynasty' 's Moldavian Wedding Cliffhanger Aired 30 Years Ago – Where Are the Stars Now? 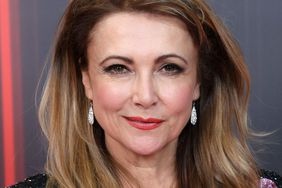 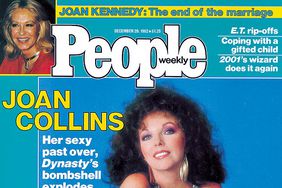 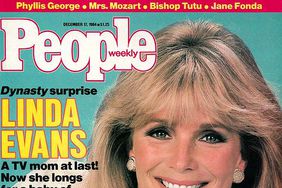 Who's the New Dish on the Dynasty Soap? Her Name Is Emma Samms