A Cure for Hiccups? Retired Farmer Charles Osborne Isn't Holding His Breath—He's Had Them for 60 Years

Hiccups are a random annoyance that go as quickly and mysteriously as they come for most people. Not for 89-year-old Charles Osborne of Anthon, Iowa. He began hiccuping one afternoon 60 years ago and has been at it ever since.

Osborne remembers that day well. “I was hanging a 350-pound hog for butchering,” he recalls. “I picked it up and then I fell down. I felt nothing, but the doctor said later that I busted a blood vessel the size of a pin in my brain.” The result, according to Dr. Terence Anthoney, a Carbondale, III. specialist in the biology of behavior who has treated Osborne for the past four years, is that “he destroyed a small area in the brain stem that inhibits the hiccup response.”

At a rate of some 20 per waking minute, Osborne has hiccuped a total of roughly 420 million times. Yet he has led a surprisingly normal life. Now retired, he held a variety of jobs, including farm machinery salesman and cattle-and-hog auctioneer. He’s been married twice and fathered eight children. He wooed and won second wife Lucille, hiccups and all. Osborne’s curious malady has even brought him a measure of fame: He was on Robert Ripley’s Believe It or Not radio program and is currently listed in The I Guinness Book of World Records.

While awake, Osborne manages to suppress most of the noise by breathing between hiccups, a technique taught him 30 years ago by doctors at the Mayo Clinic. During sleep the hiccups subside. Osborne used to be able to eat anything he wanted, but for the past 10 years he’s had to put his meals through a blender to make it easier for food to reach his stomach. “I’ve worn out two Osterizers,” he says. Although chronic hiccups have been known to cause severe weight loss and even death due to exhaustion, the 5’4″ Osborne keeps his weight steady at 145 pounds.

In his younger days, Osborne traveled as far as Alaska seeking medical advice, but he has given up on most doctors now because of the expense involved and lack of results. Osborne estimates he’s received nearly 4,000 letters offering sympathy and home remedies over the years, but none of them—from massaging the fingers to pressing the right side of the chin—has worked. Nowadays he dismisses each suggestion with a curt “Tried that.” Four years ago he went hiccup-free for 36 hours during experimental hormone therapy which, Dr. Anthoney believes, affected the breathing center in the nervous system. Treatment stopped—and the hiccups returned—when Osborne developed other, unrelated health problems.

The traditional explanation for hiccups is that an involuntary spasmodic contraction of the diaphragm causes an intake of breath. It is suddenly checked by the closing of the larynx, which produces the characteristic sound. Diaphragm contractions are triggered by the nervous system’s response to increased abdominal pressure, usually from eating too fast, too much spicy food, alcohol or even laughing. Anthoney, who has studied hiccups for 12 years, further theorizes that they evolved in man’s ancestors and other mammals as a means of causing regurgitation. They swallowed meat at the site of a kill and regurgitated it when they returned to their communities. Vomiting terminates hiccups by stimulating nerve endings at the back of the mouth. Anthoney believes that although hiccups serve no function in adult humans today, they may be beneficial for fetuses and infants, helping them move food up or down their still-developing digestive tracts.

Working on the regurgitation theory, Anthoney claims that the best single remedy for hiccups is a combination of several popular ones: drinking water and lemon juice or vinegar from the far side of a glass. This forces the tongue down, more effectively exposing the back of the mouth to the tart liquid. Holding one’s breath is strictly minor league, according to Anthoney, who figures “Most cures are cures simply because the person’s hiccup clock is over.”

For chronic hiccupers like Osborne (Anthoney estimates there are only 1,000 in the U.S.), surgery to sever the nerves that control the diaphragm may be a last resort. That can result in impaired breathing, however, and Osborne is not considering it.

Osborne’s day revolves around his 8 a.m. walk to the post office and his afternoon card game with cronies. One well-meaning friend once shot off both barrels of a shotgun right behind him. “It scared me some,” reports Osborne, “but it didn’t scare the hiccups out of me.”

Celeb Trainer Harley Pasternak: How to Nip Back Pain in the Bud

Cured of Her Allergies, a Skating Star Comes Back Breathing Easy 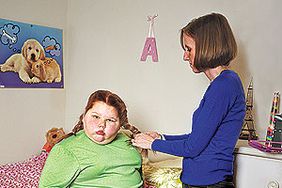 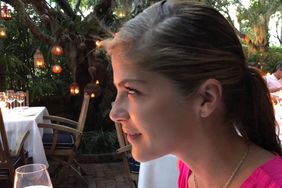 Selma Blair Gets Candid About MS Battle with Throwback Photo: 'I Didn't Know What Was Happening'